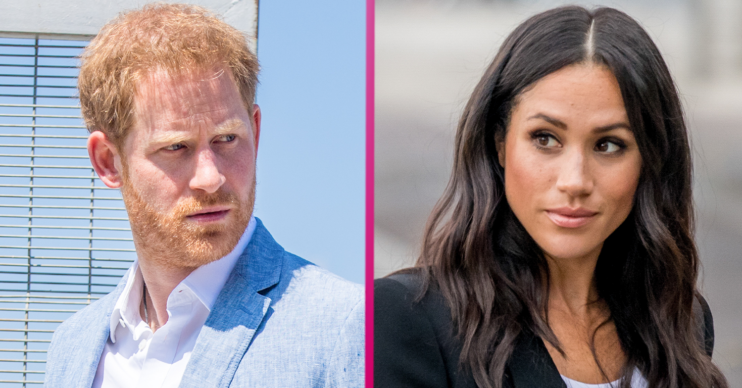 The fall-out from the Oprah chat continues

Earlier this year, the couple spoke to chat show host Oprah Winfrey and claimed that a member of the royal family had questioned what colour Archie’s skin would be when he was born.

The couple didn’t name names, but they said it wasn’t the Queen or Prince Philip.

However, now the real reason they didn’t say who made the comments has been revealed.

Why didn’t Prince Harry and Meghan name the ‘royal racist’?

The couple said that it was a senior member of the royal family, but didn’t go as far as to say exactly who it was who made the comments.

Read more: Harry and Meghan are ‘proud’ to have left the royal family, sources claim

However, the real reason why they didn’t name names is apparently contained within an updated version of the book Finding Freedom.

It was written by their pal Omid Scoobie.

In it, he claims that the reason Prince Harry and Meghan didn’t name names is simply because it would be “too damaging” for them.

Harry and Meghan unhappy with The Firm

Also in the book it’s claimed that Meghan and Harry weren’t impressed with how the royal family has dealt with the fall-out from the allegations they made in the Oprah chat.

The Sussexes claimed there were conversations with Harry and a “family” member about what colour baby Archie’s skin would be and “what that would mean or look like”.

The Queen did respond with a statement that said “recollections may vary”.

And this “did not go unnoticed” by the couple.

Apparently they’re unhappy the family did not take “full ownership” of the issues raised and “little” has been done since.

However, Scoobie insists the couple are unhappy with the “institution” of the monarchy, and not the monarch herself.

What is Harry’s relationship with the Queen like now?

In fact, their relationship with the Queen is “as strong as ever”.

He said: “I spoke to sources close to the couple, who spoke about their disappointment in the institution of the monarchy, and the sort of lack of accountability taken after some of the revelations that they made in the Oprah Winfrey interview.

“Particularly when they came to the racism claims.

“But when it comes to that relationship with the Queen, it is as strong as ever. They have nothing but love for her,” he stated.

So what do you think? Head to our Facebook page @EntertainmentDailyFix and join the debate.