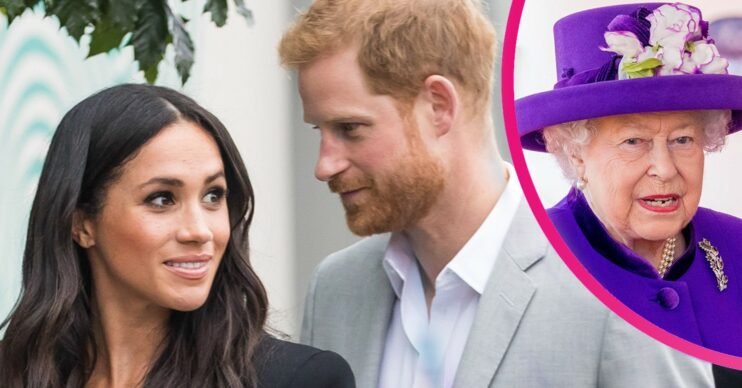 They stepped down in March 2020

In latest Prince Harry and Meghan Markle news – the couple’s alleged pride at having left the Royal Family features in a book.

Finding freedom will express these apparent feelings of Harry, 36, and Meghan, 40, in an update.

Written by Omid Scobie and Carolyn Durand, the book is said to be heavily influenced by the Duke and Duchess of Sussex – although both deny speaking to the journalists.

Now the updated version makes a claim of their pride and newfound freedom since leaving the Royal fold.

What is in the new version of Finding Freedom?

An excerpt of the updated chapter has been published in Town & Country.

Here it is written: “As difficult as recent years have been, sources close to the Sussexes say that neither Harry nor Meghan have any regrets about the decisions they have made, another sign that [Meghan and Harry] had made the right decision to step back from royal roles, not only for their family but for their focus on social issues and helping the world.”

The updated and paperback version of Finding Freedom is set to be released on August 31.

Meanwhile, People reports that Harry and Meghan see themselves as entering a new “era of visibility”.

What’s next for Harry and Meghan?

Omid Scobie told the publication: “They’re a couple who do very well in those moments of human interaction.

“They need to be on the ground. They say that the proof is in the pudding, and what we are about to see is that pudding.”

Indeed, the pandemic has prevented Harry and Meghan from making too many public appearances.

They’ve predominantly remained at their sprawling Montecito mansion in California.

Most recently Meghan celebrated her 40th birthday by introducing a new initiative.

Hence she said she was rallying 40 of her friends to donate 40 minutes of her time to women out of work due the pandemic.

While within a comedic video with Melissa McCarthy, Meghan shared the plan on her official Archewell website.

Meanwhile her written statement included: “I believe mentorship is one way to help women regain confidence and rebuild their economic strength, and for my birthday, I have asked 40 friends, activists, athletes, artists, and world leaders. To help kickoff a global effort by contributing 40 MINUTES OF MENTORSHIP to support women re-entering the workforce.

“With this time, I hope they each help someone advance a professional life on her own terms. And, I hope that they inspire countless others to give 40 minutes of their time as well.”