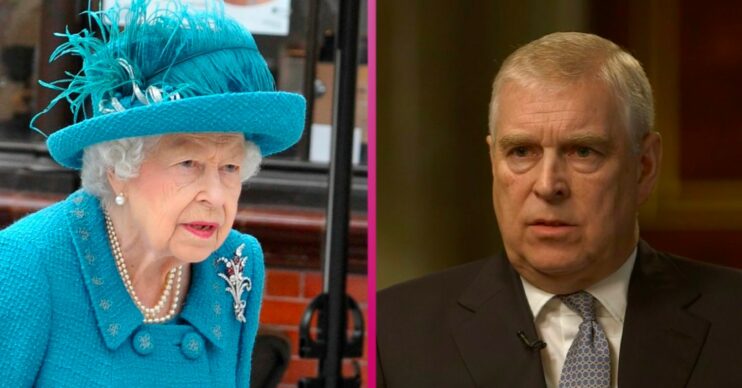 As you can imagine, the news hasn't gone down well with the public

Andrew came to an out-of-court agreement with Ms Giuffre this week, with the Duke of York agreeing to pay a “substantial donation” to her charity.

Prince Andrew and Virginia Giuffre agree on a settlement

On Tuesday (February 15) the public learned that Prince Andrew had reached an out-of-court settlement with Ms Giuffre.

Giuffre had previously accused the Duke of York of sexually assaulting her when she was 17. Andrew, 61, always denied the allegations made against him.

In a joint statement from lawyers on Tuesday, Andrew expressed his regret over his association with late convicted sex offender, Jeffrey Epstein.

He also accepted that Giuffre was a victim of abuse.

However, it has since emerged that Her Majesty has reportedly agreed to personally make a £2m donation to Giuffre’s charity.

Reports claim that despite pressures to strip Andrew of all remaining privileges, the Queen is going to allow her son to keep his dukedom, service rank of Vice-Admiral, and his role as Queen’s Counsellor of State.

A source told The Mirror: “She [the Queen] could not be seen to be making a payment to a victim of sexual assault, who accused her son of being an abuser.

“But a deal was structured in such a way to arrange a sizeable financial contribution to the settlement by way of a charitable donation instead.”

ED! has contacted reps for the Palace and Prince Andrew for comment.

What have royal fans said?

Upon hearing the reports about the Queen, royal fans took to Twitter to vent their anger.

“At 95 years of age, a mother shouldn’t have to be cleaning up the mess her adult son has made,” one fan said.

“It’s a poor state of affairs when the Queen has to offer hush money. Another nail in the coffin for the Monarchy,” another said.

“So the Queen personally paid £2m to Virginia [Giuffre]’s charity. What an embarrassment,” a third tweeted.

“Why are these people anywhere near power in our country? And we’re stuck with them,” another angrily wrote.

“We can’t vote them out. And we have to pay for them too…even though they’ve got stacks of their own cash.”