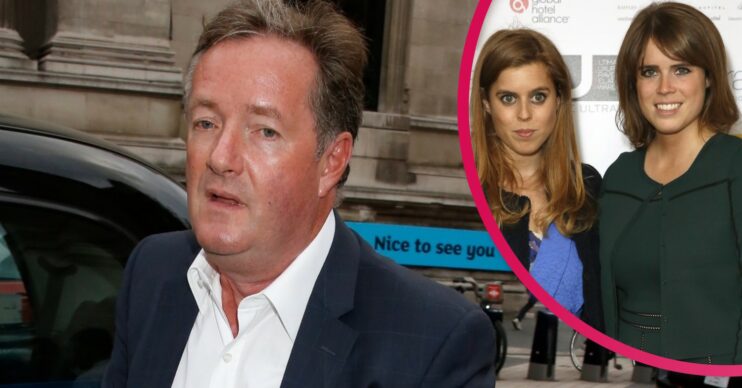 Piers Morgan has called for the public to support Princesses Beatrice and Eugenie amid the Prince Andrew scandal.

After the Duke of York settled his civil sexual assault case out of court, Piers said this must be an “agonisingly difficult time” for his ex-wife and daughters.

What did Piers Morgan say about Prince Andrew?

Piers commented on reports that Andrew‘s “immediate family and trusted advisers” will support him.

In addition, he said: “This must be an agonisingly difficult time for them, and they deserve our empathy not opprobrium by association.”

Many of Piers’ followers agreed with him, as one said: “I was saying this earlier about the two daughters that it must be really hard for them.

“You do feel sorry for them having this said about their own father.

“They absolutely do deserve our empathy because it is not their fault.”

In addition, another wrote: “Totally agree about his children they’re lovely girls who do a LOT for various causes as well as ‘the firm’.

“None of them deserve any backlash.”

After that, a third added: “These girls are in a difficult situation through no fault of their own and don’t deserve any backlash from anyone.”

It came after the news the duke has agreed to a settlement with Virginia Giuffre.

Ms Giuffre accused Andrew of sexually assaulting her when she was 17 – something he’s always denied.

In the settlement, Andrew will make a “substantial donation” to Giuffre’s charity, which supports victims’ rights.

Piers called for Andrew to lose his remaining titles.

He wrote in his column for The Sun: “He must be immediately stripped of all remaining titles and privileges that come with being a Prince…

“…and despatched to the ignominious obscurity that his appalling behaviour demands.”