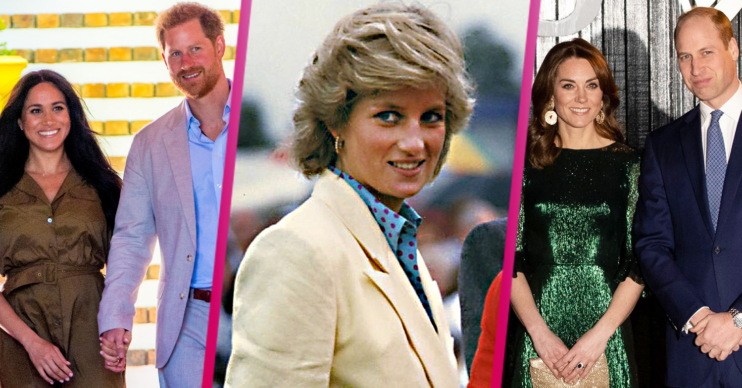 She'd have been first the bouncy castle too!

Princess Diana would’ve “adored” being a grandmother and would’ve been jetting back and forth to the States to visit Prince Harry, wife Meghan and kids Archie and Lilibet.

Sarah Ferguson has made the claims about her friend and former sister-in-law in a new interview out today (August 3).

Fergie – herself a new grandmother – also said that Diana would’ve been proud of both of her sons and their wives.

Fergie said that Diana had a “complete love” for children and would’ve adored her grandkids George, Charlotte, Louis, Archie and Lilibet.

Not only that, Diana would’ve been making transatlantic flights to see the kids growing up, and she’d have been “proud” of her sons – and their wives.

Of course, Harry and Meghan live in California with their kids, while Prince William and wife Kate Middleton live at Anmer Hall in Norfolk.

Diana lived at Kensington Palace in London and, as such, Fergie reckons she’d have racked up a lot of air miles.

She revealed: “Diana and I had the same complete love for children. We both loved nothing more than to put a smile on a child’s face.

“Diana would have adored being a grandmother and hugged her grandchildren close. She’d be travelling back and forth between Santa Barbara and Kensington Palace, and been so proud of both of her sons and their wives.”

‘Granny parties’ and a ‘great time’

She also opened up about what kind of grandmother she thinks Diana might have been.

And it seems Diana would have certainly brought the fun.

“We’d be having granny parties together and having a great time. I wonder whether there would be room for the kids to get onto the bouncy castle, as she and I would be the first on,” she quipped.