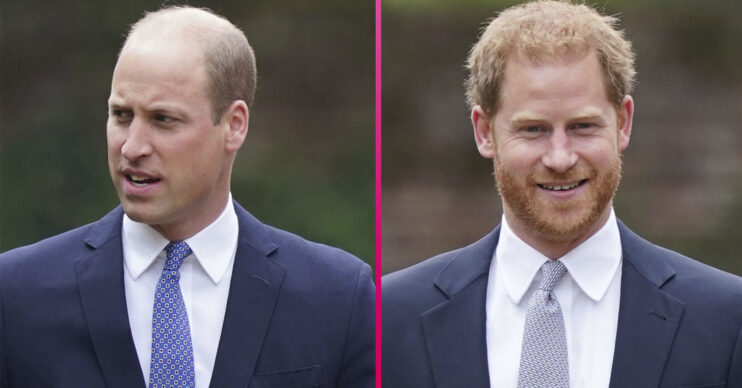 Only the brothers a handful of other people – including Diana‘s siblings – attended the event, with the palace saying it was due to COVID-19.

However, a royal photographer has said the “real reason” so few people attended was because of the “friction” between Harry and William.

Arthur Edwards wrote in The Sun: “If they had wanted more people there for the unveiling they could have done it somehow.

“It is sad the Queen, Prince Charles and other members of the Royal Family who were close to Diana can’t be there.

“I believe the on-going friction between William and Harry is the real reason so few people have been invited. In many ways I find that unacceptable.”

Meanwhile, Harry and William came across as “relaxed” with each other during the statue unveiling, a body language expert said.

Adrianne Carter added to Entertainment Daily!: “Harry lets William take the lead whether it’s giving their aunt a kiss or shaking hands with others.

“Both put their left hand in their trouser pocket at points, relaxed and casual and not stuffy to duty stances.”

She said: “I didn’t see anything that could indicate there was trouble between them at all.”

What did Harry and William say about Diana?

Following the ceremony in which they unveiled the statue, Harry and William released a joint statement.

They praised their mother for her “love, strength and character”.

They added: “Every day, we wish she were still with us…

“…and our hope is that this statue will be seen forever as a symbol of her life and legacy.”

The statue was put up in the Sunken Garden at Kensington Palace, one of Diana’s favourite spots.

Read more: Prince William and brother Harry need to ‘remember the happiness’ they shared as kids and heal rift

It marked what would have been her 60th birthday.