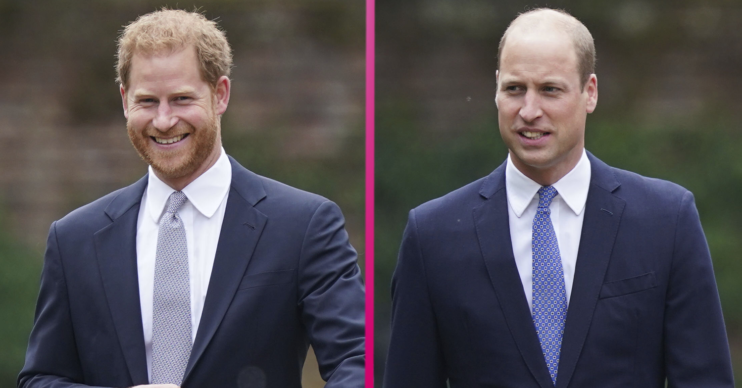 The insults need to stop

Prince Harry and brother William need to “remember the happiness” they shared as children and heal their rift, royal photographer Arthur Edwards has said.

The photographer has known Harry and William since they were toddlers.

Writing in The Sun, he said the statue “is Diana, just as I remember her”.

He added that the boys have “done their mother proud”.

So, after coming together to unveil the statue on what would have been her 60th birthday, could the brothers be set to heal their rift?

What did Arthur Edwards say about Prince Harry and William?

He thinks the low-key event seems to have “helped William and Harry’s relationship”.

He said it was lovely seeing the boys chat to their aunts and uncle Charles Spencer.

And he hopes that perhaps the trio can “talk sense into the brothers”.

He added: “If you love someone you can forgive them and I know William and Harry do love each other deeply.”

What did he say about William and Harry as kids?

Edwards stated that, in his role as a royal photographer, he’s known the boys since they were toddlers.

And, he said, there were times when they only had each other to play with.

Edwards hopes that the brothers will remember the happy times they shared as kids and use those memories to reconcile.

“Hopefully, they will remember the happiness they enjoyed by looking at the statue of their mother with her arms around two children and another child hiding behind the back,” he said.

He also called for the insults to “finally stop”.

“Maybe now the insults will finally stop and peace will break out,” he concluded.

How did the brothers act at the unveiling?

The brothers did put on a united front at the statue unveiling yesterday (July 1).

They issued a joint statement following the event and were seen laughing and chatting together before the unveiling.

What do you think of Arthur Edwards’ comments? Tell us on our Facebook page @EntertainmentDailyFix.