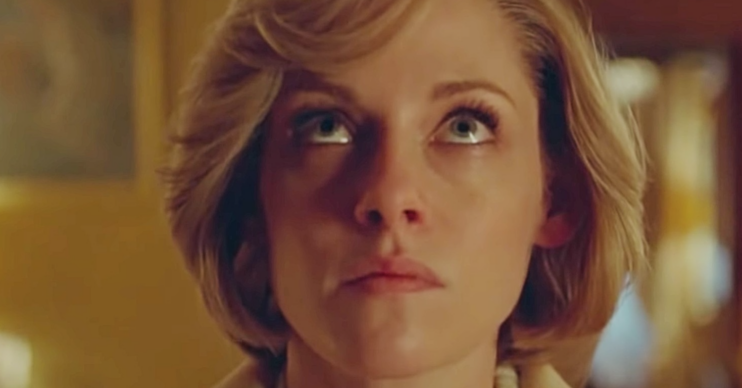 The Princess Diana film, Spencer, has revealed its first trailer and fans are extremely excited.

It stars an unrecognisable Kristen Stewart as the Princess, and viewers can’t believe how different she looks.

What is the Princess Diana film all about and when is it set?

The film, which is named after Diana’s maiden name, centres around the Christmas of 1992.

Set at Sandringham, it sees the royal family gather for the festive season.

However, things unravel for Diana when, across Christmas Eve, Christmas Day and Boxing Day, she realises that her marriage to Prince Charles is over.

She then has to re-evaluate where her life is going.

When is the Princess Diana film Spencer released?

The trailer begins with a lavish meal in a dining room with all the key members of the family being served.

However, things take a turn when Kristen Stewart is unveiled as Diana, standing in front of a mirror clearly distressed.

A staff member is knocking on the door and saying: “Ma’am they’re waiting for you.”

With a fleeting look at Prince Charles (played by Jack Farthing), a scene is also shown featuring Diana speaking to a confidante.

That’s when we hear Kristen’s British accent for the first time.

“They know everything,” the confidante says.

The film is released on November 5, and is written by Peaky Blinders creator Steven Knight.

How did fans react to the trailer?

One wrote: “I was [sceptical] but man, just her delivery of ‘They don’t’ was perfect.

“Not just the tone of her voice or the accent but the way she moved her mouth.

Read more: Princess Diana ‘would’ve been proud of her sons and adored being a grandmother’

“She doesn’t look like her but she transformed into Dianna when she delivered that. Nothing better than seeing an underdog succeed.”

Another screamed: “OMG KRISTEN LOOKS SOOO DIFFERENT!!!! I LOVE IT!!

“Bloody hell, the voice! I wasn’t expecting that, it’s uncanny,” a third said.