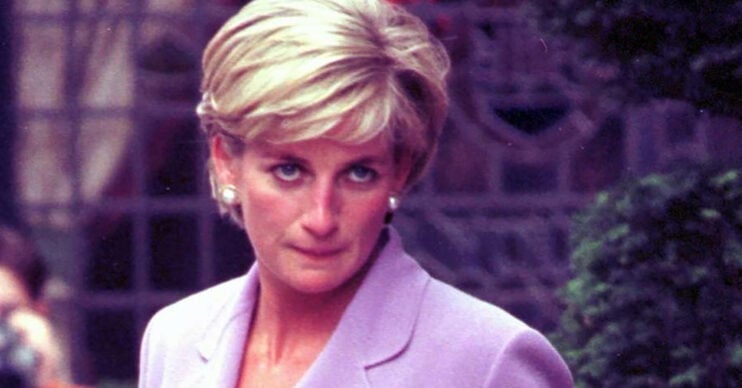 Conspiracy theories about the death of Princess Diana still persist today despite it being 24 years since she died.

There was much speculation about her death and many conspiracy theories, which are still discussed today.

Here we take a look at some of the most popular conspiracies.

The first conspiracy theory is that Princess Diana’s relationship with Dodi Fayed cost them their lives.

Rumours claimed Diana fell pregnant and her and Dodi planned to become engaged.

Read more: Princess Diana ‘would’ve been proud of her sons and adored being a grandmother’

However, some people claimed that the royal family didn’t want the mother Prince William – a future King – to be married to a Muslim.

The father of Henri Paul – the driver of Diana and Dodi’s car on the night of the crash – claimed British police told him that Diana was killed off.

He said: “Diana was killed and my son was killed. I believe they were both murdered. My son was simply collateral damage of a plot to kill Diana and they killed him as well.”

However, police denied these reports and insisted there was no evidence to support the allegation.

The next conspiracy theory was that Diana was pregnant with Dodi’s baby.

Dodi’s father claimed in 2003 that the Princess of Wales had phoned and told him she was pregnant on the night she died.

However, in 2004, the former coroner of the Queen’s Household, Dr. John Burton, told The Times that he personally examined Diana’s womb during a post-mortem and found her not to be pregnant.

In addition, Operation Paget – a special Metropolitan Police inquiry team looking into the conspiracies surrounding Diana’s death – conducted scientific tests on pre-transfusion blood found in the footwell of the seat in the car Diana was in during the crash.

The blood found no trace of the hCG hormone associated with pregnancy.

Another conspiracy was that the driver Henri Paul was paid by MI6 to kill Diana and Dodi.

Former MI6 officer Richard Tomlinson had claimed that he had seen Paul’s file and could confirm he was an informant.

Tomlinson told reporters around the time of Diana’s death: “Henri Paul, who was the driver of the car, was also the security manager at the Ritz Hotel and he was a MI6 informant. I saw his file.

“It’s been well-established that he went missing for two or three hours the night of his death.”

Tomlinson told a French judge in 1998: “I am certain that this money originated from MI6.

“This is speculation on my part, but if he was an MI6 informant, it would be quite normal for him to receive money.”

There were reports that there was a camera flash in the tunnel before the crash, which blinded the driver.

A few eyewitnesses at the scene of the crash claimed they saw a bright flash of light before the collision.

François Levistre, who was driving through the tunnel ahead of Diana’s Mercedes, claimed he saw a bright light.

Meanwhile, Richard Tomlinson then alleged that he had also seen a similar flashing light in his training.

He said it was used to blind drivers.

However, a series of witnesses who would be expected to have seen a flash made no reference to seeing one.

In conclusion, Operation Paget later said that no flash had taken place.

Another conspiracy claimed Prince Charles had something to do with Diana’s death.

In 2003, Diana’s butler Paul Burrell published a note that he claimed Diana had written in 1995.

The letter alleges that Charles was “planning ‘an accident’ in [Diana’s] car, brake failure and serious head injury” so he could marry again.

Then, in 2005, head of the Metropolitan Police Service at the time, John Stevens, questioned Prince Charles.

The Prince of Wales told Stevens that he didn’t know about the note and didn’t understand why Diana had those feelings.

At the time, Stevens said: “Yes, allegations had been made about the Prince of Wales and other royals but we had to find or examine the [existing] evidence before we approached him with formal questions.

“We found no other evidence to support the scenario suggested in Diana’s note. We were left with the note, which in itself was not enough to make Charles a formal suspect.”

Another conspiracy surrounds CCTV images of the night Diana died.

According to The Independent in 2006, there were more than 14 CCTV cameras around the Pont de l’Alma underpass.

However, reports claim none recorded footage of the collision.

Judge Hervé Stéphan investigated this case in September 1997. He tasked the Brigade Criminelle with looking at all video and images along the route taken by Diana’s car.

His team found ten locations of CCTV cameras, however none of these had any images relating to the inquiry.

This is because they were security cameras facing the entrances to buildings.

A traffic-monitoring camera was above the underpass and controlled by the Paris Urban Traffic Unit, which closed down at around 11 p.m.

It also had no night duty staff and made no recordings.

Finally, another conspiracy theory suggested there might have been a seat belt sabotage as Diana wasn’t wearing hers despite reportedly being a faithful seat belt user.

According to her sister, Lady Sarah McCorquodale, Diana “was religious in putting on her seat belt”.

CNN did an analysis of the crash in September 1997 and found that if the occupants of the car were wearing seat belts, injuries would have been minor.

Read more: Sarah, Duchess of York reveals what Princess Diana would have thought of ‘Megxit’

Meanwhile, after the car returned to England in 2005, analysis took place on the wreckage of it by a forensic accident investigator from the Transport Research Laboratory on behalf of Operation Paget.

The analysis found that all the seat belts operated fine except for the one attached to the seat Diana was sitting in.

However, a follow-up inquiry with French investigators concluded they had found all the seat belts operational in October 1998.

This suggested the damage to that seat belt happened after the crash.