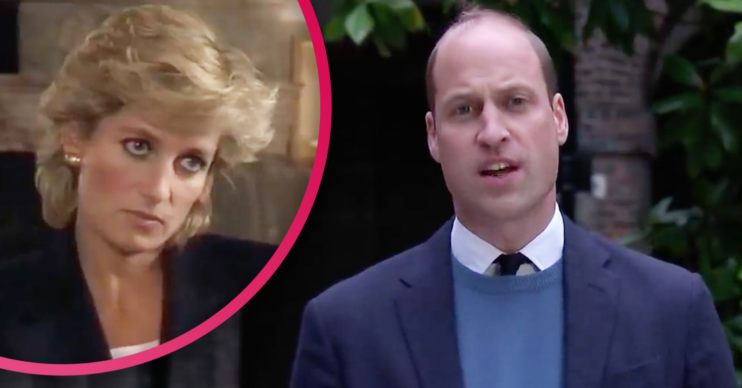 Not all royal fans were happy with what William said

Prince William made news headlines last night (May 20) as he reacted to Lord Dyson’s report into the BBC Panorama interview his mother Princess Diana gave to Martin Bashir.

However, today furious fans of the late princess are hitting out at William.

As a result of his comments, they have accused him of “gaslighting” his “dead mother”.

Prince William news: What did he say about Diana?

In a statement, William welcomed the report and said the BBC had “let the public down”.

However, it was his comments about Diana that had many up in arms.

He said: “It brings indescribable sadness to know that the BBC’s failures contributed significantly to her fear, paranoia and isolation that I remember from those final years with her.”

And it’s that, it seems, that many have taken exception to.

What have people said about William ‘gaslighting’ Diana?

Twitter exploded after the Duke of Cambridge read his statement to camera.

However, not all of the comments would have been welcome.

Many accused him of “gaslighting” Diana, said he was “supporting his father’s narrative” and that Diana “deserved better”.

One said: “All William did was further the gaslighting of his own mother.

“She was ‘paranoid and isolated’ because of the Firm and Camilla and Charles playing mind and heart games since Diana was 19,” they added.

Another commented: “They are trying to clean up Charles’ image and prop up the monarchy by claiming Diana was a mentally unstable stooge who they used for ratings.

“Diana spoke in her own words about what happened to her in that family. Shame on William for gaslighting her experience.”

A third added: “Prince William doesn’t get that someone can have a mental illness and STILL be speaking truth.

Another added: “William gaslighting his own mother and supporting his father’s narrative about Diana being crazy and paranoid. Diana has only one son – Harry.”

She was abused. Period. This gaslighting is disgusting. Worse that it’s coming from her son.

“William calling his own mother crazy and paranoid and gaslighting her truth. Finally the truth about what he thinks of his mother comes out,” another said.

“Charles and his friends for years tried to make Diana look crazy. William is just his father’s puppy,” the concluded.

“William is his father’s son – his piggish, gaslighting statement proved that. Diana deserved so much better,” another Diana fan declared.

“With this public statement, William has cemented his position on the side of the institution/firm. He truly is Charles’ son and Harry, Diana‘s,” another commented.

“‘Fuelled paranoia’? She was abused. Period. This gaslighting is disgusting. Worse that it’s coming from her son,” they added.

“Diana spoke her truth. And William is a piece of [bleep] for gaslighting his own mother,” another irate fan said.

However, not everyone agreed – and said William wasn’t “gaslighting” his mother or “rewriting history”.

“William isn’t saying that Diana and Charles’s relationship was perfect and soured after Panorama,” they started.

“He said the interview made a bad situation worse. He wasn’t gaslighting or rewriting history.

“That boy knows things not even the Queen, Charles or Harry know. That is all,” they concluded.

So what do you think of William’s comments? Tell us on our Facebook page @EntertainmentDailyFix.