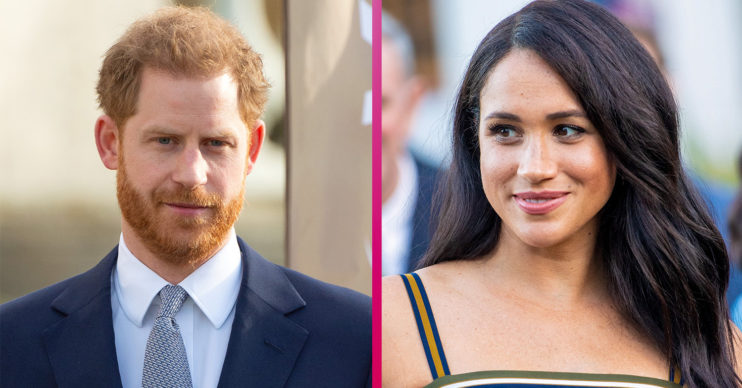 But the news has apparently 'shocked' Meghan Markle

Prince Harry is reportedly eyeing up a luxury beach house in Australia.

The former senior royal, 35, is allegedly keen to buy a home in one of his favourite countries.

And he and Meghan Markle should certainly be able to afford to expand their property portfolio.

Despite just buying an £11 million mansion in Montecito, California, they’ve set to make millions with a new deal with Netflix.

Australia has a special place in Prince Harry’s heart

The couple have just signed a mega deal with the streaming giant – said to be worth at least £75 million.

Harry’s interest in Australia is reportedly a deeply personal one.

His mother, the late Princess Diana, stayed there shortly before marrying Prince Charles.

She stayed with her mother Frances Shand Kydd at a rented beach house in Mollymook, New South Wales.

Princess Diana stayed at an Aussie beach house with her mother

Royal author Judy Wade wrote in Diana: The Intimate Portrait that here they: “Discussed the enormity of Prince Charles’ proposal and the impact on all their lives.”

And a source says that now Harry wishes out to seek out this same beach house – and may even buy it.

Read more: Prince Philip ‘shattered’ by Prince Harry’s move to the US

A source told Woman’s Day: “Harry has a soft spot for Australia and given that his mum spent such precious private time here, it’s no surprise he’d feel a calling to it and will want to search out what sounds like was once his mum’s spiritual home.”

Meghan ‘was initially shocked at his Australian idea’

However, Meghan was apparently left stunned by the news.

The source continued: “Meghan was very shocked at first – and she wasn’t impressed that he went behind her back and did it – but she too would love to get her hands on something that was Diana’s… even if it makes William furious!”

Harry and Meghan enjoyed their first royal tour of Australia in 2018.

Meanwhile, back in the UK, the couple have been urged by a former MP to repay the renovations on Frogmore Cottage.

They spent £2.4 million of taxpayer money on renovations.

But they lived there less than a year, before moving to Canada and then America.

Former liberal democrats Norman Baker told The Sun: “They should either pay it when the Netflix money arrives or give up the cottage.

“Even the monthly amount they have set is wilfully inadequate.”