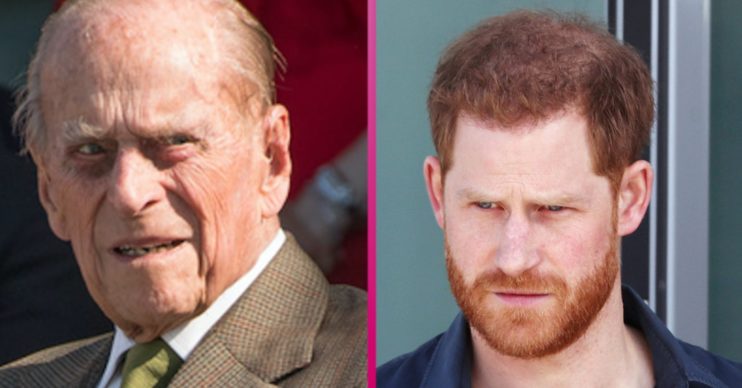 Prince Philip was reportedly devastated by Prince Harry‘s decision to the leave the UK.

A new royal biography of the Duke of Edinburgh claims Philip felt his grandson settled upon a “dereliction of duty”.

Writing in the Mail on Sunday, royal author Ingrid Seward also suggest Prince Philip was at a loss over the issue.

It is claimed the 99-year-old was of the opinion that Harry was set up for a great life.

But Harry announced in January, alongside wife Meghan Markle, that he would be ‘stepping away’ from royal life.

The Mail suggests Philip found the reasons behind Megxit a ‘struggle’.

Harry and Meghan had everything going for them.

Ms Seward wrote: “As far as Philip was concerned, Harry and Meghan had everything going for them.

“A beautiful home, a healthy son, and a unique opportunity to make a global impact with their charity work.”

In January it was reported that Philip was “mystified” by the couple’s approach.

An unnamed royal insider told The Sun Philip was “spitting blood” over Harry and Meghan’s antics when informed by aides.

The source was quoted as saying: “He has left the Queen in absolutely no doubt about how he feels. Philip has accused Harry and Meghan of lacking respect and he is weary of their behaviour.

It was also claimed that Philip’s primary concern was the impact that Megxit had on the Queen.

“A lot of Philip’s anger comes from seeing Her Majesty upset,” the source added.

In March, Harry and Meghan were advised by another royal expert to visit Philip sooner rather than later.

Referring to Philip’s worrying hospitalisation last December, former press secretary to the Queen Dickie Arbiter warned: “You’ve got to be practical. [Philip] was in hospital over Christmas.

“He looked pretty frail when he came out and he’s up at Sandringham.

“Nobody has seen him and he is frail. People do get frail at that age.

“And it would be a great pity if Archie wasn’t brought over so his great-grandparents could see him.”

The new Mail on Sunday article also suggests Philip and the Queen have been undermined by their son Prince Andrew.

Andrew was grilled on the BBC last winter about any association with paedophile financier Jeffrey Epstein.

It is claimed: “For Philip and the Queen, their son’s failure of judgment was a tragedy. Not only had he besmirched the reputation of the monarchy but had become involved in something extremely distasteful and far more serious.”