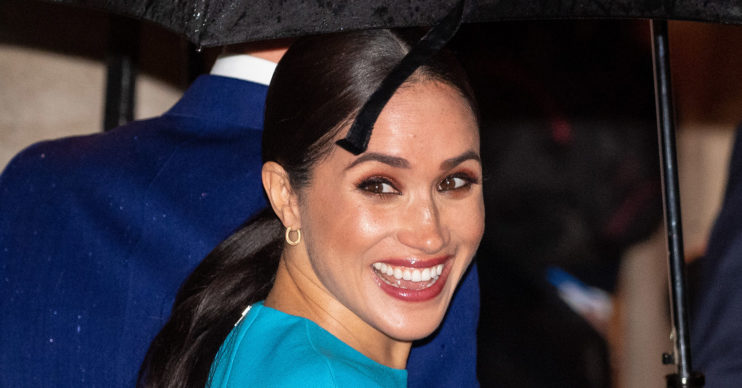 The former television actress has wanted to win a coveted gold statue since she was seven!

Meghan Markle is ‘desperate’ to win an Oscar with her new Netflix deal.

This is according to her friends, who wish to remain anonymous.

The former senior royal has just signed a massive Netflix deal with her husband Prince Harry.

It said to be worth at least £74 million and will allow them to produce drama series, documentaries and movies.

An Oscar is all ‘Meghan ever wanted’

A source, who is said to be a confirmed friend of Meghan’s, told The Sun’s Fabulous that she dreams of winning an Academy Award.

The source claims: “An Oscar is all Meg has ever wanted. She used to practise her acceptance speech in the mirror with a hairbrush when she was a kid of seven.”

And the source says Meghan doesn’t even want to stop there – she also wants to win an Emmy, a Grammy and a Tony Award.

They added: “Her absolute dream was to achieve the EGOT – the grand slam of show business – which is winning an Emmy, Grammy, Oscar and Tony award.”

Before coupling up with Harry, Meghan was a working television actress.

Her biggest role was playing Rachel Zane on legal drama Suits, which she acted on for seven years.

She also starred in several made-for-television movies and had a few small roles in cinema released pictures.

Speaking at her and Harry’s official engagement interview, she said she was happy to give up acting.

She said: “I just see it as a change… It’s a new chapter, right? And also keep in mind I’ve been working on my show for seven years.

Harry and Meghan says they aim to create Netflix content that will be ‘inspirational’ and provide ‘hope’.

Their official statement includes: “Our lives, both independent of each other, and as a couple have allowed us to understand the power of the human spirit: of courage, resilience, and the need for connection.

“Through our work with diverse communities and their environments, to shining a light on people and causes around the world, our focus will be on creating content that informs but also gives hope.

“As new parents, making inspirational family programming is also important to us, as is powerful storytelling through a truthful and relatable lens.

“We are pleased to work with Ted and the team at Netflix whose unprecedented reach will help us share impactful content that unlocks action.”