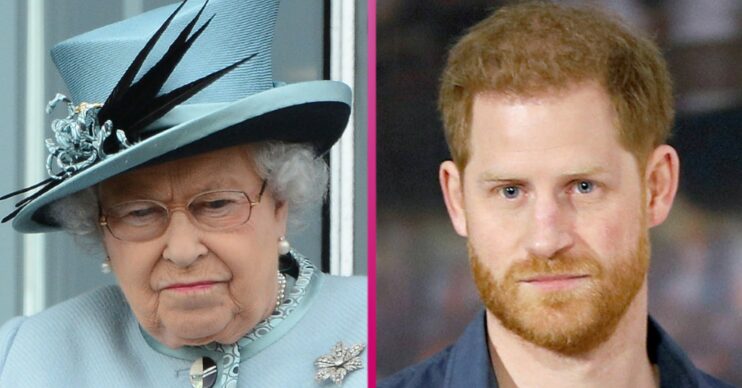 Prince Harry could be meeting face to face with The Queen within a matter of weeks.

The Duke of Sussex, 36, relocated to California this year with his wife Meghan Markle, 39, and their son Archie, one.

However, he may need to return to his homeland for tax reasons.

The Prince does not have a Permanent Resident card yet in the US, which means he cannot stay more than six months at a time.

It remains unclear how long Harry has been in the US so far – as he was previously in Canada.

Why is Prince Harry coming back to the UK?

But, his return to the UK may not be a completely happy one.

As he may face a tough talk with his grandmother The Queen, 94.

Her Majesty is said to be disappointed with Prince Harry’s recent public videos and interviews.

In one, he urged Americans to vote, and insinuated that Americans should vote for candidate Joe Biden rather than US President Donald Trump.

Traditionally, royals are strictly forbidden from sharing their political views or stances.

What does The Queen want to talk to Prince Harry about?

They are supposed to stay completely neutral when it comes to politics and international relations.

A source told The Sun that staff at Frogmore Cottage have been instructed to prepare the home for Prince Harry’s return.

Meghan is apparently not expected to join him.

Also, the source claims that The Queen is keen to talk with her grandson.

Despite quarantine. they should still be able to communicate via social distancing measures.

The source said: “Staff at Windsor have been told to prepare for the possibility Harry could come back.”

Before adding: “There are all sorts of issues to speak about — not only his political statements but also his visa situation in the US.

“Even though he would have to isolate for two weeks, the estate is large enough for talks in a socially distanced way.”

There may also be concerns from the royal family regarding Harry and Meghan’s new Netflix deal.

The couple have signed a deal with Netflix said to be worth at least £100 million.

There are reported concerns over what their content will include.

Rumours have floated about that their deal includes a fly-on-the-wall reality series.

But the Sussexes have formally denied they will partake in a reality show.