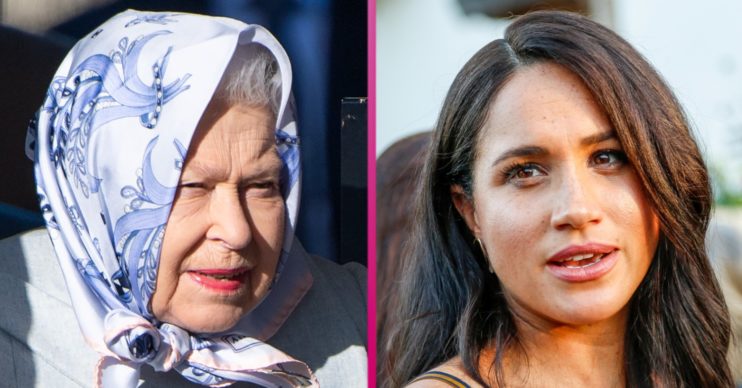 Meghan Markle and the Queen: Palace made ‘mistake’ in appointment, royal expert claims

The Duchess of Sussex's role could have played out 'differently'

Megan Markle’s future within the Royal Family could have been “different” if it wasn’t for ‘mistakes’ made by the Palace, including in an appointment with the Queen, according to one expert.

Royal writer Robert Lacey, author of Battle of Brothers, has said that the Duchess of Sussex is the only “self-made millionaire” in The Firm.

What did Robert Lacey say about the ‘mistake’ with the Queen and Meghan Markle?

In a conversation with the Daily Mail ahead of the book’s release, he said that the Royal Family should have sat down with Meghan from the beginning to discuss the subjects she considered important.

But instead, Robert said, they treated her like a “routine royal”.

He explained: “There is only one self-made millionaire in the Royal Family and that is Meghan Markle. If they had sat down with her at the start and said, ‘Let’s talk about the things you are interested in’, things might have been different.”

Duchess of Sussex not a ‘routine royal’

He also told the newspaper that a particular example of a “mistake” was when Meghan accompanied the Queen to the opening of the Mersey Bridge.

If they had sat down with her at the start… things might have been different.

Robert said: “They just sent her off to watch the Queen opening the Mersey Bridge. There is nothing wrong with that, but they made the mistake of dealing with the spare’s wife thinking she was just a routine royal. She was never going to be a routine royal.”

Queen’s plan for Harry and Meghan

It follows reports that the Queen had a ‘secret plan’ for Meghan and Prince Harry.

In Battle of Brothers, Robert claims that prior to Megxit, the monarch allegedly considered sending the Sussexes to Africa.

ED contacted Buckingham Palace for comment on the claims.

The plan was reportedly to give them senior royal roles in the British Commonwealth of Nations. Further, they wanted to allow Harry to serve in what he calls his ‘second home’.