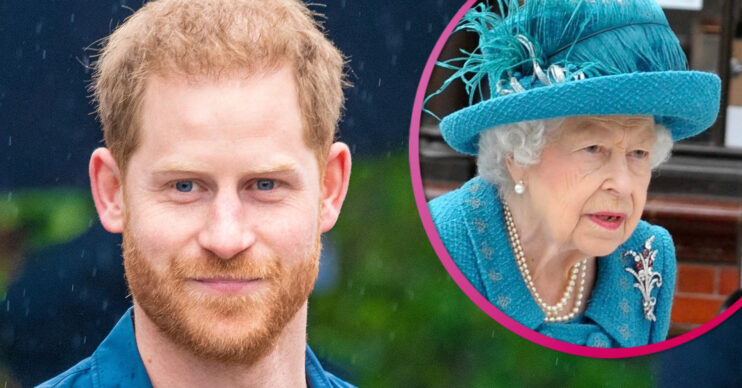 Harry is reportedly working on a documentary

In latest Prince Harry news, the duke is reportedly planning to return to the UK and may visit the Queen.

The Duke of Sussex, 36, is apparently visiting Britain towards the end of the year and will bring a small Netflix film crew with him.

According to reports, Harry will lead planning for next year’s military veterans’ Invictus Games in Holland.

Harry created the Invictus Games back in 2013 and he apparently wants to create a documentary about the event.

The report says a small film crew will join Harry during his visit.

A source said: “The Duke of Sussex will want to make sure we are ready as the last games were cancelled because of Covid.

“We are hoping that the situation in April next year allows the games to go ahead as planned, in Holland.

“Our understanding is that the Duke of Sussex will be accompanied by a small film crew in order to allow the public to see the hard work involved in planning these games.”

Meanwhile, it’s unlikely Harry’s wife Meghan Markle will join him on the trip since she has their two young children – Archie, two, and Lilibet, two months, – to look after.

However, recent reports have claimed that the Duchess of Sussex may be working on her own Netflix show – with Kate Middleton!

Sources said they are working on a documentary that highlights the Duchess of Cambridge’s dedication to philanthropy.

An insider told US Weekly: “Meghan and Kate are actually getting along really well and have been in touch more often.

“Meghan has been talking to her about collaborating on a project for Netflix, a documentary that will spotlight Kate’s charity work and the huge impact she’s made with her philanthropy.”

They concluded: “Kate is very flattered, and it’s all very positive between them.”