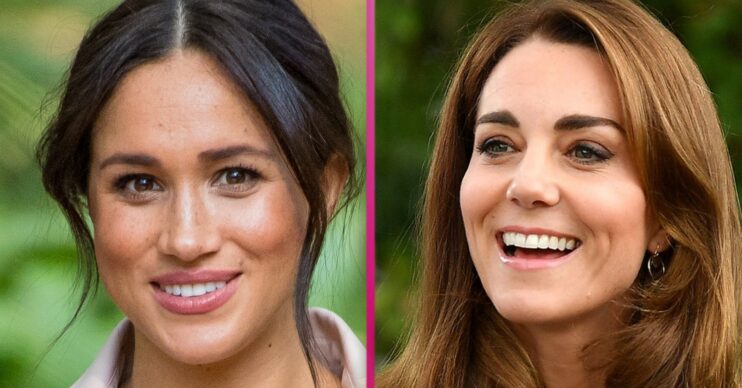 An unexpected turn of events?!

Meghan Markle and Kate Middleton are reportedly in discussions to do a joint Netflix show together.

And so much so, that they may collaborate together as part of Meghan and Prince Harry’s estimated £72 million Netflix deal.

An insider source says they are working on a documentary that highlights the Duchess of Cambridge’s ongoing dedication to philanthropy.

What would a Kate Middleton documentary be about?

The source told US Weekly: “Meghan and Kate are actually getting along really well and have been in touch more often.

“Meghan has been talking to her about collaborating on a project for Netflix, a documentary that will spotlight Kate’s charity work and the huge impact she’s made with her philanthropy.”

Finally, Kate is said to be “flattered” by the offer: “Kate is very flattered, and it’s all very positive between them.”

Indeed, Meghan and Harry have a massive production deal with streaming giant Netflix.

However, none of their Netflix projects have been released to subscribers yet.

Upon announcing their deal in September 2020, they said they hoped to create inspirational content.

What have Harry and Meghan said about their Netflix deal?

Their joint statement included: “Through our work with diverse communities and their environments, to shining a light on people and causes around the world, our focus will be on creating content that informs but also gives hope.

“As new parents, making inspirational family programming is also important to us.

“As is powerful storytelling through a truthful and relatable lens.

“We are pleased to work with Ted and the team at Netflix. Whose unprecedented reach will help us share impactful content that unlocks action.”

But a collaboration between Kate and Meghan may be one for the books, as Meghan previously spoke out about Kate during her interview with Oprah Winfrey.

Here she said that it was in fact Kate that had made her cry in the lead up to her wedding ceremony to Prince Harry.

Despite reports insisting it was the other way around up to that point.

Meghan told Oprah: “It was a really hard week of the wedding, and she was upset about something.

“But she owned it, and she apologised. She brought me flowers and a note apologising. She did what I would do if I knew that I hurt someone, to just take accountability for it.”

The former Suits actress elaborated: “A few days before the wedding, she was upset about something pertaining to… flower girl dresses. And it made me cry. And it really hurt my feelings…”

*ED has contacted Kate and Meghan’s representatives for comment.