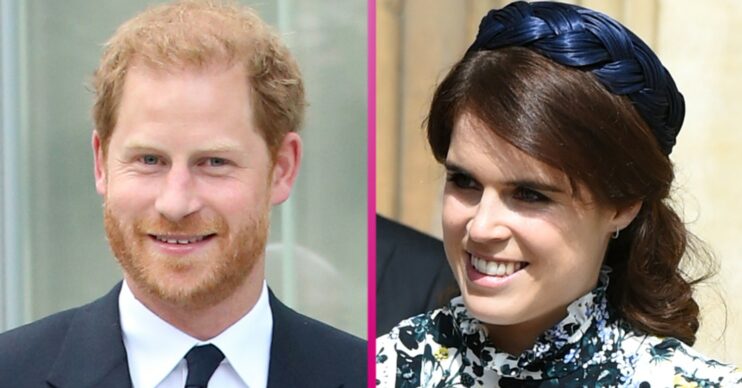 The pair were recently spotted hanging out in LA

The pair attended the Super Bowl in Los Angeles together on Sunday night (February 13).

Eugenie is understood to be the first member of the royal family to visit Harry and his wife Meghan Markle in LA.

According to The Sun, it’s likely Eugenie may be staying with Harry and Meghan during her Stateside trip.

The Sussexes currently reside in a multi-million dollar mansion in Montecito.

Read more: Prince Harry’s book will ‘shake royals to the core over true feelings about Camilla’

This means there’s a high chance that Eugenie has met the couple’s youngest child.

Eugenie also has a young son called August, who she shares with husband Jack Brooksbank.

From what it appears, Harry and Meghan are yet to introduce baby Lilibet to other members of the Firm.

Since leaving the UK, the duke has returned twice.

Once for Prince Philip’s funeral and another time for Princess Diana’s statue.

Meanwhile, Meghan, who gave birth to Lilibet in June 2021, is yet to return to the UK.

The royal cousins share a close bond after growing up together.

When Harry returned to the UK for the funeral of the Duke of Edinburgh, he stayed with Eugenie and Jack in Windsor.

And, according to royal expert Robert Jobson, Eugenie refuses to “abandon” her cousin.

He recently told The Mirror: “Eugenie and Harry are known to get on well, and 40-year-old Meghan actually knew the princess before she had even met Harry – something she revealed during the Oprah Winfrey interview in March 2021.

“Now Harry is married and settled in the US and his relationship with his father, Charles, and brother, William, is fractured, Eugenie – who is close to the Queen – is one of his only connections to the royal family.”

In addition, Robert added: “She refuses to abandon him.”