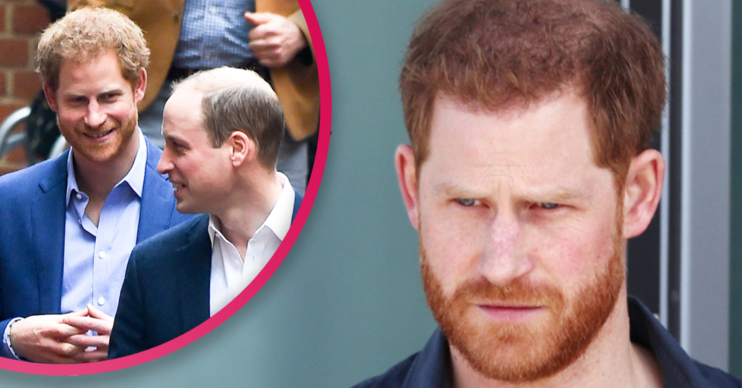 Prince Harry reportedly felt like ‘a third wheel’ and a ‘gooseberry’ prior to meeting Meghan Markle.

Katie contradicted the widespread sentiment that Harry enjoyed working alongside William and Kate.

She said: “At points [in time], I even heard him complaining that he felt like the gooseberry, the third one along at the date. He never quite fitted in.”

She went on to say that Kate went out of her way to fully include Harry in all joint events.

However, she argued, Harry never quite felt at ease.

She added that Meghan was the “catalyst” for pushing Harry to find his own way in life.

She explained: “I think Meghan has very much been the catalyst in giving him that confidence to break free from William and Kate, and to break free from that trio dynamic, which was at times cozy and convenient, but actually wasn’t really what he wanted.”

Prince Harry and Meghan Markle have denied they have had input in the upcoming book.

Despite their denial, it has long been rumoured they may have played a helping hand.

Read more: The Queen will be ‘most upset’ by Finding Freedom’s claims

Meghan in particular is believed to be a personal friend of Omid.

Released extracts of the book suggest that Harry was unhappy at how senior royals reacted to Meghan.

The book alleged that a senior royal called Meghan “Harry’s showgirl” behind their backs.

It also claims that William warned his younger brother of marrying Meghan so quickly.

The book claims he told Harry: “Take as much time as you need to get to know this girl.”

The use of “this girl” allegedly infuriated Harry, who interpreted it as a form of snobbery.

A source told US magazine that William is skeptical of the upcoming book.

The source said: “William thinks the book is their calculated way of controlling the narrative and that they took advantage of their entertainment contacts so they’d be painted in a favourable light.”

Since stepping down as senior royals in March, Harry and Meghan now reside in Los Angeles.

Living with their one-year-old son Archie, and Meghan’s mother Doria Ragland – it remains unknown when and if they will return to the UK.