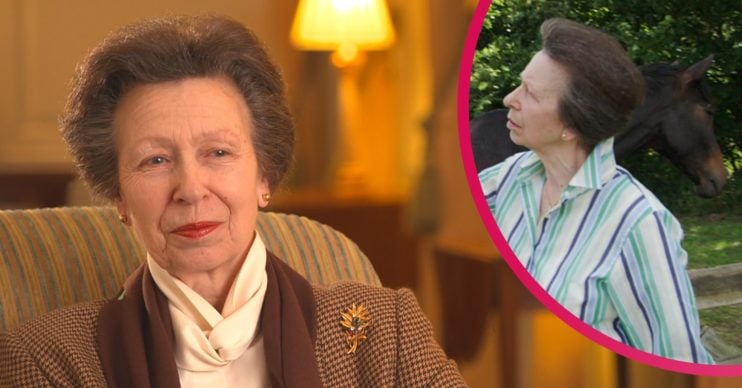 The Queen's only daughter starred in an ITV special.

Viewers have lavished praise on Princess Anne after she starred in her own documentary on ITV.

The Queen’s only daughter, 70, starred in a 90 minute special Anne: The Princess Royal At 70.

Here, Anne showed her tireless dedication to her royal role and duty.

Shown travelling across the country, her royal aide estimated she does on average 500 engagements per year.

The former Olympic equestrian also opened up about the pressure she believes young royals now face.

She even discussed her harrowing kidnap attempt ordeal in 1974.

The royal family celebrated her documentary on social media, and thanked viewers for their avid support.

On the official Royal Family Instagram page, they shared in view of their some 8.2 million followers:

“Thank you to everyone who tuned in to The Princess Royal at 70 on ITV last night.

“Anne is a class act”

“Ahead of her 70th birthday on 15th August, The Princess Royal has guest edited the July 29 issue of @countrylifemagazine.

“The 172-page edition of the magazine highlights The Princess’s deep love for and thorough understanding of the countryside and support for those who live and work in it.”

One royalist commented: “I really enjoyed the documentary on ITV last night. HRH The Princess Royal does excellent work and is an incredible role model.”

Another user reiterated: “Anne is a class act. She’s been a real example of dignity and duty.”

A third user shared: “Excellent programme. A wonderful role model for us hardworking women ‘of a certain age’.”

And a fourth user gushed: “Fantastic insight into this wonderful woman’s life. No nonsense, classy lady. My favourite royal.”

Indeed, Anne’s avid love for horses is present throughout much of the documentary.

She even said she believes her horse experience helped her through her kidnap attempt.

She explained: “One thing about horses and sport is you have to prepare for the unexpected. You’ve got to think through the problems that are likely to occur.

“I suppose that was the discipline which to some extent coloured my thought processes.”