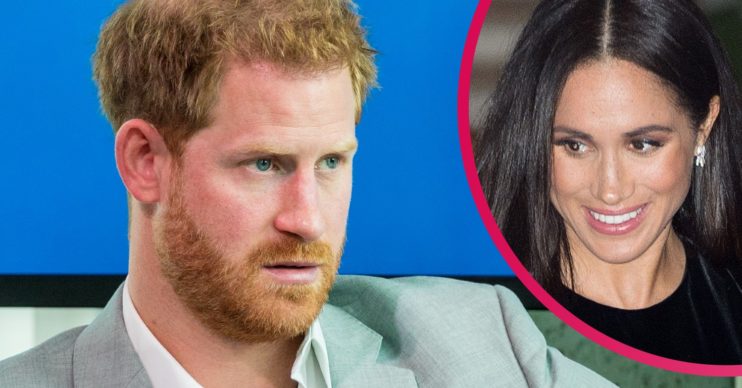 The source claimed they had a 'you can't stop us' attitude

Prince Harry and Meghan Markle were the ones “calling the shots” while they were senior royals, according to an insider.

A royal source has claimed that the Duke and Duchess of Sussex would ‘constantly’ question why they could and couldn’t do certain things.

What did the royal insider say about Prince Harry and Meghan Markle?

They also claimed the couple had an attitude of “you can’t stop us” before ‘Megxit’.

Speaking to The Telegraph, a source claimed: “There was a constant dialogue from the couple along the lines of, ‘Why can’t we do this?’

“‘You can’t stop us from doing what we want to do’.

The insider continued: “They were calling the shots and would be the ones instructing the press office on what line to put out.”

There was a constant dialogue from the couple along the lines of, ‘Why can’t we do this?’

It follows reports that royal fans could get to see an extended version of their controversial interview with Oprah Winfrey.

Last month, the couple sat down for chat with the US TV host and made allegations of racism against the Royal Family. They also claimed Meghan struggled to get the help she needed when she had suicidal thoughts.

Now, Australian reporter Peter Ford has said the couple’s fans and critics might get to see a “director’s cut” version of the interview.

He said on the programme Sunrise: “The appetite for Harry, Meghan and Oprah seems to be so insatiable that the word is now they are looking to put together like a director’s cut, using a lot of the stuff that never made it first time around.

“There comes a point when Harry and Meghan have got to decide – are they looking for their freedom? Do they want to create a new life? Or do they want to have a war with the Royal Family?”

He added: “Because that is more and more what it’s looking like.”