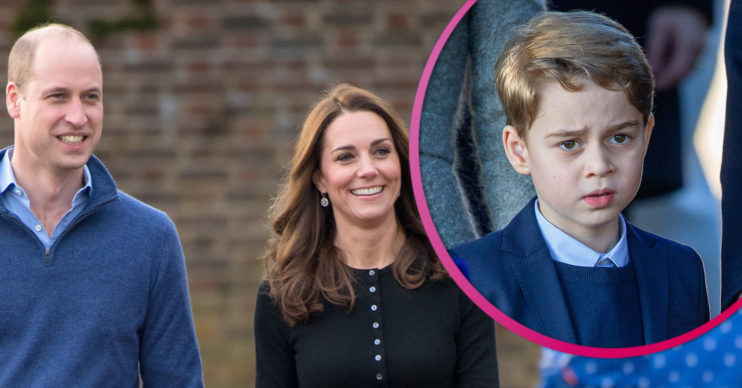 The Duchess of Cambridge captured the pictures

In the image, George is seen flashing his gap-toothed smile at the camera in a dark green polo shirt.

Kensington Palace wrote alongside the image: “Sharing a [photo] taken by The Duchess ahead of Prince George’s seventh birthday tomorrow!”

Fans gushed over the cute photo, with many saying George looks just like his father Prince William.

A third said: “Spitting image of Will!”

Others couldn’t believe how fast George is growing up.

One added: “Happy birthday Prince George, you have grown up so fast!”

Another wrote: “Look at him! He has gotten so big. Too cute.”

George and his siblings Princess Charlotte, five, and Prince Louis, two, have been residing at Anmer Hall in Norfolk with William and Kate.

They have been home-schooled during the coronavirus pandemic but Kate previously said it had been challenging.

In an interview with the BBC, Kate admitted she and William didn’t tell their kids that it was the Easter holidays, preferring to stick to their regime.

What did Kate Middleton say?

She added: “You get to the end of the day, you write down a the list of the things you have done in that day.

“You sort of pitch a tent, take the tent down again, cooked, baked, you get to the end of the day, they have had a lovely time.

“It’s amazing how much you can cram into one day, that’s for sure.”

Meanwhile, last month, a royal expert claimed the couple are reportedly facing a dilemma about whether to send their son George away to boarding school.

Ingrid Seward told OK! magazine: “Kate and William are modern parents and will weigh up the decision very carefully.”

“We’re used to seeing the royals breaking with tradition these days so it won’t be a huge shock if they do things their way.

“I think William and Kate’s view will be, if the children are happy in their school, why change things.”

She added that George is a “shy little boy” therefore he “might not have the right character for it just yet”.

Leave your birthday messages for George on our Facebook page @EntertainmentDailyFix!