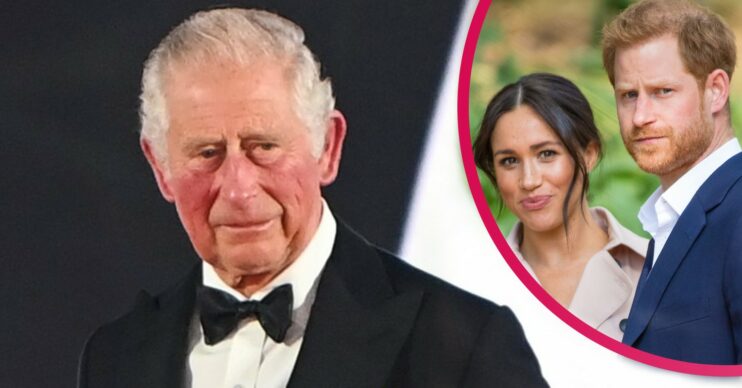 Prince Charles is flying ‘five or six dozen’ bottles of Holy water to the UK from the River Jordan, according to reports.

The Prince of Wales is currently in the country and plans to ship the water home for royal baptisms.

And these could include the babies of Princesses Beatrice and Eugenie and even Lilibet – the baby daughter of Prince Harry and Meghan Markle.

Charles, 73, and wife Camilla, Duchess of Cornwall, embarked on a tour of the Middle East earlier this week.

One of their first stops was the river which Jesus was supposedly baptised in, reports the Daily Mail. They reportedly dipped their fingers in the water.

The publication says that Charles, who is heir to the throne, will be returning home with vials full of water later this week.

Read more: Prince Charles flies out of UK after getting permission from the Queen

Royal babies are traditionally baptised with water from the Holy site.

But the Mail reports that it’s unusual for a royal to collect the water themselves.

The Director General of the Baptism Site, Rustom Mkhjian, revealed: “This time the Embassy people asked for a few dozens [bottles] of Holy water and we provided them with five dozen, six dozen, prior to this trip.”

When quizzed over who exactly the water was for, he said: “I didn’t know, I didn’t want to ask.

“But they said we wanted it for children to be baptised later on. Future baptisms, yes.”

Now everyone is wondering if baby Lilibet, who was born in June, could be one of those children.

Lilibet, who is the second child of Meghan and Harry, is yet to be christened and it’s not known when or where this will happen.

Last month, a spokesperson for the couple confirmed that nothing had yet been finalised. Royals fans are speculating that the Duke and Duchess of Sussex will use the occasion to introduce Lilibet to the UK for the first time.

Archie, Lilibet’s older brother, was baptised with Holy water from the River Jordan at a secret ceremony at Windsor Castle.

Charles, Prince of Wales, has not met his new granddaughter yet.

It was reported earlier this week that Charles had jetted off on a royal tour with express permission from the Queen.

It’s thought he called his 95-year-old mother to make she is okay after spraining her back.

Why is Prince Charles in Jordan?

The Queen missed Sunday’s Remembrance service for only the seventh time in her reign.

A source told The Sun: “The trip to Jordan and Egypt is incredibly important for the UK.

“Equally, it was important that Charles got some reassurance that everything was OK.”