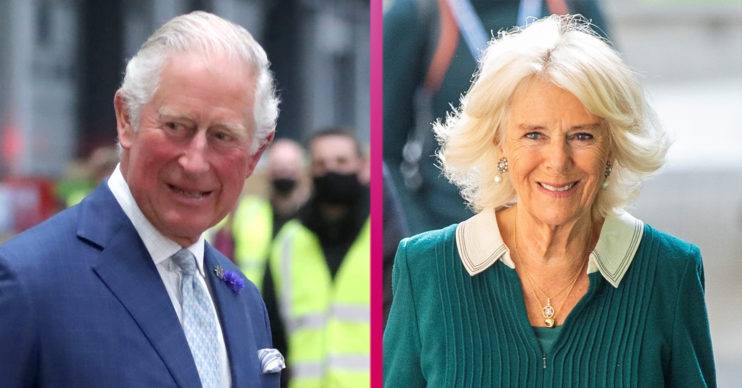 The couple's trip was requested by the government

Prince Charles and Camilla have divided royal fans as they took a trip to Greece.

The Prince of Wales, 72, and Duchess of Cornwall, 73, have travelled overseas to attend Greece’s Bicentenary Independence Day celebrations.

The couple’s two-day trip was requested by the government and also included a State Dinner on Wednesday evening.

Earlier, they had attended the Independence Day Military Parade at Syntagma Square.

During the event, Charles said in a speech: “My wife and I could not be more delighted to be back in Greece, which has long held the most special place in my heart.

“After all, Greece is the land of my grandfather; and of my father’s birth, nearly one hundred years ago, in the centenary year of Greek Independence.”

The Prince added: “Today, as in 1821, Greece can count on her friends in the United Kingdom.

“The ties between us are strong and vital, and make a profound difference to our shared prosperity and security.

Keep up the good work your Royal Highnesses.

“Just as our histories are closely bound together, so too are our futures.”

Many royal fans were thrilled to see the couple during an overseas trip.

One person commented: “Proud to have Charles & Camilla representing the UK.”

Another said: “Keep up the good work your Royal Highnesses.”

A third wrote: “So elegant as always and thank you representing our interests in such a wonderful country.”

However, some people criticised the couple’s trip after it was confirmed Brits would face a £5,000 fine if they travel abroad without a reasonable excuse.

One wrote on Twitter: “Charles and Camilla on a non-essential jolly to Greece. One rule for them… royals out of touch as usual.”

Another commented: “Why are Prince Charles and Camilla in Athens?

“Not a great message to the rest of us who are threatened with a £5k fine if we go abroad.”

One added: “It is illegal for us to leave the country, families have not seen each other for a year.

“Mums have not seen their adult children that live abroad whilst Prince Charles and Camilla are having a lovely time in Greece.”

What did you think of their trip? Leave us a comment on our Facebook page @EntertainmentDailyFix and let us know.