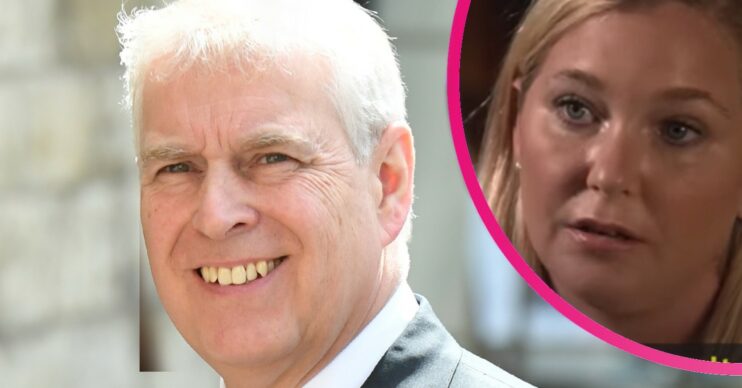 Prince is yet to make a statement

The esteemed lawyer told The Telegraph: “We present him with a copy of the complaint in a formal way.

“Because he is a foreign citizen, we have to do this under the Hague Convention.”

As of now, they believe this is the only way to ensure that Prince Andrew acknowledges the legal case against him.

However, this could ultimately delay court proceedings, as Andrew has proven difficult to track down.

Indeed, he has yet to publicly address the lawsuit, and has been accused of “stonewalling” Guiffre’s legal team.

The Duke of York is currently at Balmoral with his mother, the Queen, and his ex-wife Sarah Ferguson.

It is being widely reported that he is crisis talks with the Royal Family at this point.

What has Virginia Roberts accused Prince Andrew of?

Virginia Roberts Guiffre, who is now 38, has filed a civil case in the US against Prince Andrew.

The case alleges that Prince Andrew sexually abused Virginia across three locations when she was a teenager.

The London home of Epstein associate Ghislaine Maxwell, and at Epstein’s homes in Manhattan and Little St James in the US Virgin Islands have all been named as the locations in the case.

The case alleges that Prince Andrew was aware that she was “a sex-trafficking victim” and that he had sex with her without her consent.

Virginia says she was sex-trafficked by the now deceased Jeffrey Epstein as a teenager.

And she claims that Prince Andrew had sex with her in London when she was 17-years-old.

Prince Andrew has always vehemently denied all sexual abuse allegations made against him.

When does the lawsuit start?

There will be an initial telephone conference on September 13.

Scheduled by Manhattan federal court judge Lewis Kaplan, lawyers from both parties are required to confer regarding a scheduling order.

However, it remains unconfirmed if either Virginia or Andrew will attend the conference.

What happens if Prince Andrew ignores the lawsuit?

If the Duke fails to respond to the lawsuit within the set time frame – the accuser can then file for a default judgment.

This ultimately allows the Southern District of New York to rule in Virginia’s favour without a trial having to take place.

Indeed, Virginia’s lawyer David Boies has said for Prince Andrew to ignore the case would be “ill-advised”.

While speaking to Channel 4 news, he said: “We’ve made every effort to reach out to him to hear his side of the story to understand whether he has anything that he can say that would put his actions in context.

“And he has simply ignored us, and he can do that, but he can’t ignore judicial process.

‘This is now a matter for the courts to decide. And it would be very ill-advised I think for anyone to sort of thumb their nose at a federal court.

“If he did, obviously there would be a default judgment entered against him, which I think no one really wants to have happen.”

Prince Andrew and his legal team have yet to make their next moves publicly known.