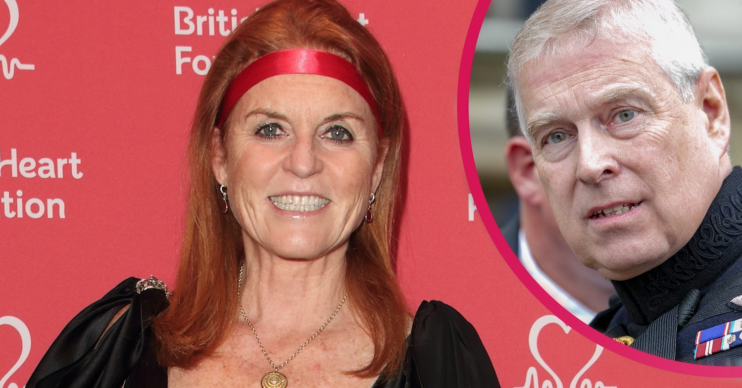 Prince Andrew latest: The Prince and Sarah Ferguson’s relationship as she supports him during lawsuit

Sarah has stood by him through thick and thin

The latest Prince Andrew news is that Virginia Giuffre has started legal action against him.

She has accused the Prince of sexual assault.

While Ms Guiffre’s lawyers have urged him to cooperate with the investigation, one person has stayed faithfully by his side – his ex-wife, Sarah Ferguson.

Prince Andrew latest: When did they get married?

The pair had known each other since childhood, but hooked up after they met again at Royal Ascot in 1985.

Fergie’s down-to-earth and outspoken personality was seen as refreshing.

But despite having two daughters together the couple soon hit a rocky patch.

The Prince’s constant travelling and military career led to friction.

And in 1992, Andrew and Sarah separated in amicable fashion.

The Prince said after they finally divorced in 1996: “We have managed to work together to bring our children up in a way that few others have been able to and I am extremely grateful to be able to do that.”

Prince Andrew latest: What happened after their divorce?

Since their divorce, the pair have remained amicable and close.

By the early 2010s, Sarah had reportedly run up multi-million pound debts and it was only with Andrew’s help that she cleared them.

His help caused her to call him her “knight on a white charger”.

However, that’s not all Fergie credits him with.

How have they brought up Beatrice and Eugenie?

Since their divorce, Andrew and Sarah have reportedly lived together at the Royal Lodge in Windsor.

Together they raised daughters Beatrice and Eugenie.

And now they are grandchildren – Eugenie gave birth to a son, August, in February 2021.

Speaking about their unconventional living arrangements, Sarah spoke to an Australian radio show in 2016.

We’re very happy with the way things are

“And no, we’re not married. We’re very happy with the way things are.

“I think the great thing is we absolutely are the most extraordinary example of a unified family.”

And Eugenie echoed this, telling the BBC: “They are the best divorced couple I know.”

What did Sarah say about the Prince Andrew latest?

It’s this enduring closeness that has led Sarah to defend her ex-husband.

Even in the face of very latest Prince Andrew serious accusations.

Earlier this year, she told People magazine: “Whatever challenges he has, I will stand firm to the co-parenters we are together. I believe he’s a kind, good man, and he’s been a fabulous father to the girls.”