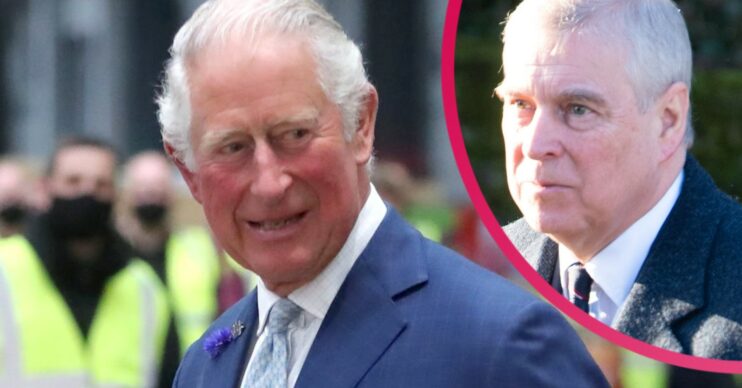 The Duke is facing an allegation of sexual assault

Prince Andrew will likely never return to royal duties following his latest scandal, according to reports.

The royal is facing allegations that he sexually assaulted Virginia Roberts Giuffre when she was 17 – a claim he has vehemently denied.

Ms Giuffre has filed a civil lawsuit in New York in which she also alleges that she was “a sex-trafficking victim”.

With the controversy being the latest in a series of scandals to rock the monarchy, Prince Charles is reportedly concerned that the damage may be irreparable.

As a result, it’s alleged that Charles, 72, is of the mind that Andrew should never return to his royal duties.

What does Prince Charles think of the Prince Andrew case?

A source told The Times: “The prince loves his brother and has the ability to have sympathy for the slings and arrows that his brother endures, whatever the reasons may be.

“However, this will be unwelcome reputational damage to the institution. He has long ago concluded that it is probably an unsolvable problem.

“This will probably further strengthen in the prince’s mind that a way back for the duke is demonstrably not possible, because the spectre of this accusation raises its head with hideous regularity.”

The claims come as the Met Police have insisted that “no one is above the law”.

Dame Cressida Dick has confirmed a review into Prince Andrew’s case is underway, but that no investigation is currently taking place.

She told LBC: “It’s been reviewed twice before. We’ve worked closely with the CPS. We are of course open to working with authorities from overseas.

“We will give them every assistance if they ask us for anything – within the law, obviously. AS a result, I’ve asked my team to have another look at the material.”

“No one is above the law,” she added.

What has Prince Andrew said?

In a BBC Newsnight interview in 2019, Prince Andrew, 61, claimed he had never had sex with Ms Giuffre.

He said at the time: “I can absolutely categorically tell you it never happened.”

The Duke also suggested that the infamous picture of them together could have been doctored.

He also later released a statement where he admitted remorse over his former friendship with Jeffrey Epstein.

“I continue to unequivocally regret my ill-judged association with Jeffrey Epstein,” said the Duke.

ED! has contacted reps for Buckingham Palace and Andrew for comment.