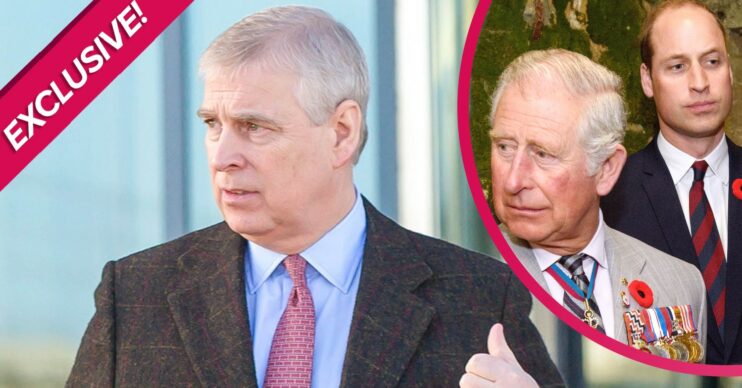 Prince Charles and Prince William don’t think Prince Andrew can make a comeback as a working royal following the civil case scandal, an expert has said.

On Tuesday it was revealed that the Duke of York had reached a settlement with Virginia Giuffre in his civil sex assault case.

Ms Giuffre accused him of sexually assaulting her when she was 17, which are allegations he has always denied.

Court documents showed on Tuesday that Andrew will make a “substantial donation to Giuffre’s charity”.

Prince Andrew scandal – will he return as a working royal?

According to royal commentator Richard Fitzwilliams, Andrew has “no future” as a working royal.

In addition, Mr Fitzwilliams told us that the settlement will make the Royal Family feel “relief”.

He said: “However it is abundantly clear that in the court of public opinion, it would be unthinkable that he would ever resume public engagements.”

What do William and Charles think?

The royal expert said the further Andrew distances from the Royal Family, the better.

He added: “He is in disgrace, has been stripped of patronages and honorary military links and there is strong feeling in York that he should set aside his title Duke of York although only an Act of Parliament can remove it.”

Meanwhile, Mr Fitzwilliams added that this is a “serious scandal” which has “harmed the Royal Family”.

He concluded: “He might take a part in running the royal estates but has no future as a working royal.”

On Tuesday, court documents submitted to a US Court said that Ms Giuffre and Andrew had settled out of court.

“He accepts that she has suffered both as an established victim of abuse and as a result of unfair public attacks. Andrew regrets his association with [Jeffrey] Epstein.”

What do you think of the outcome? Leave us a comment on our Facebook page @EntertainmentDailyFix and let us know.