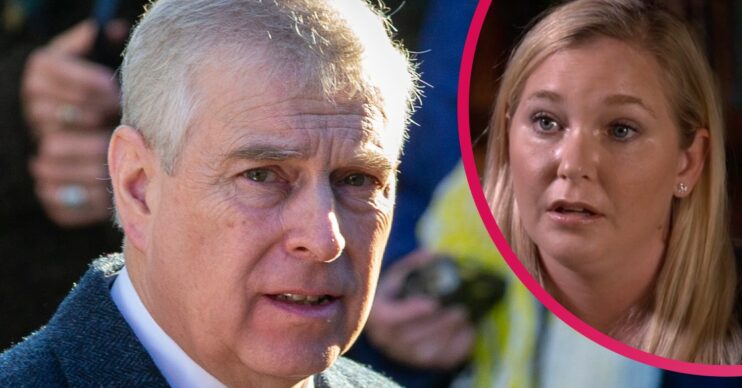 Andrew has always denied the allegations

The Queen‘s son will no longer appear in court this year, after being accused of sexually abusing Virginia at the age of 17.

In a joint statement from lawyers, Andrew accepted Virginia was a victim of abuse and regretted his association with Jeffrey Epstein.

The court documents also show that Andrew will make a “substantial donation to Giuffre’s charity”.

However, the figure has not been disclosed.

The Duke of York has always denied the accusations.

A document submitted to a US Court said: “Virginia Giuffre and Prince Andrew have reached an out of court settlement.

“The parties will file a stipulated dismissal upon Ms Giuffre’s receipt of the settlement (the sum of which is not being disclosed).

“He accepts that she has suffered both as an established victim of abuse and as a result of unfair public attacks.

“It is known that Jeffrey Epstein trafficked countless young girls over many years.

“…and commends the bravery of Ms Giuffre and other survivors in standing up for themselves and others.

The court document concluded: “He pledges to demonstrate his regret for his association with Epstein by supporting the fight against the evils of sex trafficking, and by supporting its victims.”

What is a settlement agreement?

A settlement agreement is a resolution between disputing parties about a legal case.

Parties can agree to a settlement either before or during court proceedings.

Due to Andrew and Virginia’s settlement, the pair will no longer appear in court.

Following the news, one royal fan tweeted: “Let’s hope this will give the Queen a bit of respite.”

Another posted: “I’m a little bit relieved Prince Andrew settled out of court for the Queen’s sake. God, why do I care so much about that little smiling colour-blocking dot-cotton bag wielding monarch’s happiness.”

It comes after the Queen stripped Andrew of his royal patronages and military titles last month.