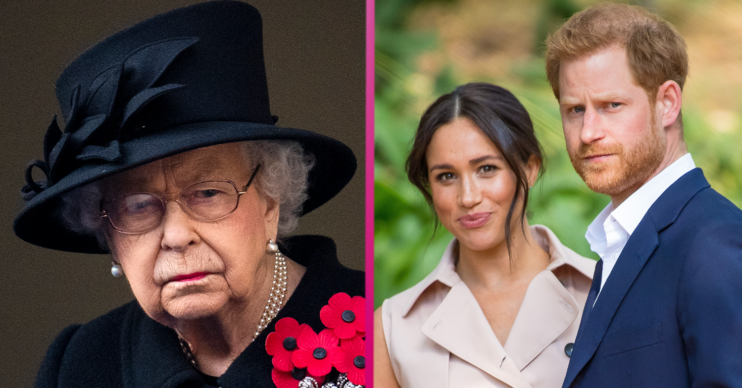 Buckingham Palace has issued a statement in response to Harry and Meghan’s Oprah interview.

On Monday (March 8) evening, UK viewers watched as the Duke and Duchess of Sussex made allegations of racism against the Royal Family in an explosive interview with Oprah Winfrey.

Now, the Palace has responded to to their claims.

A statement from Buckingham Palace said that the issues Meghan and Harry raised, especially about race, are “concerning”.

And it said that while “recollections may vary”, it is taking the claims “very seriously”.

It concluded by saying that Prince Harry and his wife Meghan and son Archie will “always be much loved” members of the family.

The issues raised, particularly that of race, are concerning.

It follows reports that the Queen was holding off on issuing an official statement.

According to The Times, the 94-year-old monarch was refusing to sign off on a Buckingham Palace statement because she didn’t want to rush out a response.

They told the newspaper: “Staff are reeling. But there is [also] a strong sense of needing to retain a dignified silence and show kindness and compassion. There’s a lot people want to say but no one wins with a tit-for-tat battle. Bridges need to be built after all this is over, after all.”

What did Meghan Markle tell Oprah?

During the interview, Meghan claimed there had been concerns among the Royal Family around Archie’s skin colour.

She said: “In those months when I was pregnant, we had in tandem the conversations of him not being given security or a title, and also concerns about how dark his skin might be when he’s born.”

Read more: Meghan and Harry interview: What was happening around the time the Duchess was suicidal?

Oprah confirmed, on CBS This Morning after the interview aired for US audiences on Sunday (March 7) night, that the unnamed individual was not the Queen or Prince Philip.

Elsewhere in the conversation, Meghan revealed she had been suicidal while pregnant.

She said: “I was ashamed to say it at the time and ashamed to have to admit it to Harry.

“But I knew that if I didn’t say it – then I would do it. I just didn’t want to be alive anymore.”