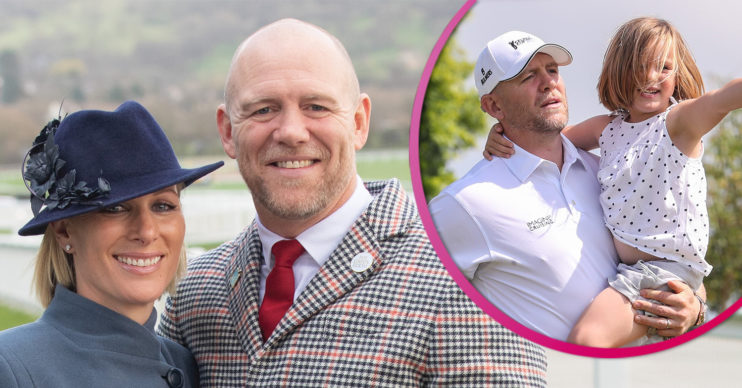 Mike Tindall recently welcomed his third baby with wife Zara and has revealed their daughters’ reaction to their new sibling.

Zara, the daughter of Princess Anne, gave birth to son Lucas on Sunday (March 21) on their bathroom floor.

Mike shared the happy news on his podcast, The Good, The Bad & The Rugb‪y, and also revealed how daughters Mia, seven, and Lena, two, reacted.

What did Mike Tindall say about his third baby?

Mike explained his daughters weren’t at home, adding: “They didn’t get told and Mia’s quite on it and she was like, ‘Why are we not going home for tea?'”

In addition, he said: “When she got home, she was over the moon. Both of them were. Problem is Lena is like, ‘my baby.’

“She tries to pick him up.”

What did Mike say about Lucas’ birth?

Earlier, Mike branded Zara a “warrior” after she gave birth at their home because they couldn’t get to the hospital.

He said: “Arrived very quickly. Didn’t make it to hospital. On the bathroom floor.”

In addition, the former rugby player added that Zara’s friend Dolly recognised they wouldn’t have got to the hospital in time.

He explained: “It was running to the gym, get a mat, get into the bathroom, get the mat on the floor, towels down, brace, brace, brace.”

Meanwhile, Mike continued: “Fortunately the midwife who was going to meet us at the hospital wasn’t that far away so she drove up and got there just as we had assumed the posit (position).

“The second midwife arrived just after the head had arrived.”

In addition, he added: “The best thing about being at home, the best thing was, as soon as he’s wrapped up, he’s skin on skin, straight downstairs. TV room. Golf on.

The second midwife arrived just after the head had arrived.

“This is what we’re doing.”