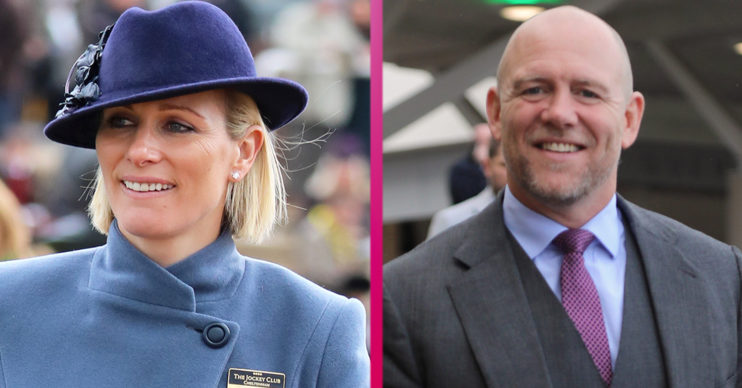 The couple have welcomed a little boy!

Zara Tindall has welcomed her third baby with her husband Mike.

Zara and Mike – who also have two daughters – have called their son Lucas Philip Tindall which appears to be a tribute to the Duke of Edinburgh.

Mike confirmed the news on his The Good, The Bad & The Rugby podcast.

After talking about Saturday’s rugby matches, Mike added: “Sunday got even better because a little baby boy arrived at my house.”

Zara and Mike Tindall have had a baby boy – a brother for Mia and Lena and the Queen’s 10th great-grandchild 👶 @miketindall13 confirmed the news on his The Good, The Bad & The Rugby podcast👇🏻pic.twitter.com/sbIrPse70a

What else did Mike say?

Mike revealed his son was born on the bathroom floor because the couple couldn’t make it to the hospital.

He said: “Arrived very quickly. Didn’t make it to hospital. On the bathroom floor.”

The former rugby player added: “So yeah, it was running to the gym, get a mat, get into the bathroom, get the mat on the floor, towels down, brace, brace, brace.”

Mike added that Lucas was born at 6pm on Sunday.

Meanwhile, a spokesperson for the couple said: “Zara and Mike Tindall are happy to announce the birth of their third child, Lucas Philip Tindall.”

Lucas is the Queen and Prince Philip’s 10th great-grandchild.

A statement from Buckingham Palace read: “The Queen and The Duke of Edinburgh are delighted with the news…

“…and look forward to meeting their 10th Great Grandchild when circumstances allow.”

It comes after Mike confirmed Zara’s third pregnancy on his podcast.

He said in December: “It’s been a good week for me, had a little scan last week – third Tindall on its way.”

Mike added: “I’d like a boy this time, I’ve got two girls, I would like a boy. I’ll love it whether a boy or a girl – but please be a boy!