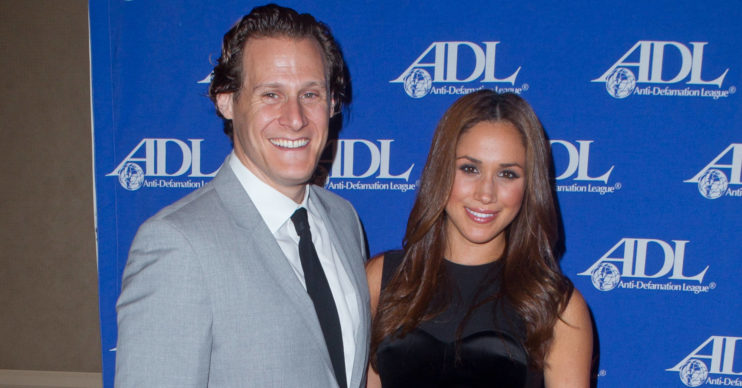 Trevor Engelson, ex-husband of Meghan Markle, is expecting his first child with partner Tracey Kurland. The director and producer, 43, is now married to heiress Tracey, daughter of millionaire businessman Stanford Kurland’s daughter. Trevor confirmed the happy news on Instagram. What did he say? He wrote, according to the Daily Star: “Future mother of the […]

He wrote, according to the Daily Star: “Future mother of the year and girl dad way outta his league! Best thing I’ve ever produced hands down.”

He also confirmed the sex and due date of their little one, as he added: “Baby girl, so excited to meet you in September.”

Trevor tied the knot with Tracey last year. They wed with a lavish ceremony held at the Rosewood Miramar Beach resort in Montecito, a community near Santa Barbara in California.

He and Meghan had been dating since 2004 when they tied the knot in 2011 in Ocho Rios, Jamaica.

But their marriage lasted just two years, as they separated in 2013.

Speaking to Women’s Day magazine at the time, an insider said: “Meghan landed her role in Suits just a few months before they married.

“And despite being together for six years before getting hitched, things started to fall apart not long after the wedding.”

A new photo of Archie

It comes amid reports that Meghan and her second husband, Prince Harry, will release a new picture of their baby boy, Archie, to mark his first birthday next month.

Read more: Meghan and Harry send touching message to family of girl, 18, who died during lockdown

The tot turns one on May 6. And a royal expert claimed they will mark it publicly by sharing a previously unseen snap of their little one.

Roya Nikkhah tweeted to say the Sussexes will treat to the world to a “a rare glimpse” of Archie.

And a spokesperson for the former senior royals confirmed the claim to The Sunday Times: “You can expect to see him.”

The last time the couple shared a picture of Archie was on New Year’s Eve, when they posted a montage to Instagram that included a photo of Harry beaming with his son in his arms.