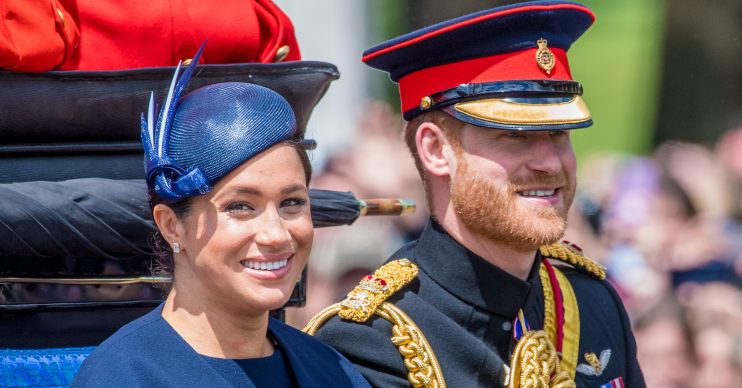 The Sussexes have ramped up efforts to raise their profile online by recruiting a social media manager, according to a newspaper website report.

MailOnline claims Prince Harry and Meghan Markle have taken on a new member of staff to look after social networking, following the success of their Instagram account.

Having launched in April, the @sussexroyal has acquired 8.5 million followers – just 700,000 fewer than the 9.2 million users who have followed the Duke and Duchess of Cambridge on @kensingtonroyal since that account was set up in 2015.

According to Guinness World Records, Harry and Meghan picked up their first million Insta followers in record time, with it taking just five hours and 45 minutes for them to reach the milestone.

Read more: Fans of The Chase blast The Beast as he blocks £72k charity win by seconds

However, the MailOnline reckons royal officials have played down any idea of social media competitiveness between the two households.

The tabloid quotes an unnamed royal source as pinpointing the new employee’s start date to coincide with Meghan’s resumption of her Duchess duties after giving birth to son Archie in May.

Referring to the Sussexes, they are reported to have said: “They have appointed a new member of staff to work on their social media accounts.

“The new person will start in time for Meghan’s return from maternity leave.”

🐸 The Duchess of Cambridge has joined forces with the longest running children’s TV programme in the world, @CBBC’s Blue Peter, to launch a special competition that asks viewers to design a sculpture to go into The Duchess’s Back to Nature garden when it arrives at @RHSWisley in September. The competition will launch on @CBBC at 5.30pm on Thursday 13th June with a special film that The Duchess made with local school children at Westminster City Council’s Paddington Recreation Ground, where she gets stuck in with pond dipping, planting and team den building with local children and Blue Peter presenter @LindseyJRussell. The closing date for the competition is 25th June at noon — visit the link in our bio to watch The Duchess on Blue Peter. @CBBC #BluePeter

Former Suits actress Meghan was a keen social media user before she married into the royals.

She would often share her life on Instagram and blog The Tig – but they were closed down before she got hitched to Harry.

Other recent appointments to the Sussexes’ team are PR managers Sara Latham, a former adviser to Hillary Clinton, and Julie Burley.

A spokesman for Harry and Meghan is reported to have declined to comment on the appointment to the MailOnline.