Mark 'The Beast' Labbett has upset fans of ITV quiz show The Chase.

The chaser took part in a celebrity version of the show – alongside McFly's Danny Jones, actor Michael Sheen, Sky News presenter Sarah-Jane Mee and newsreader Martin Bell – where their winnings would be donated to Soccer Aid.

However, "fuming" fans were up in arms after The Beast pipped the stars to the post and denied them the chance of winning the big bucks for the charity. 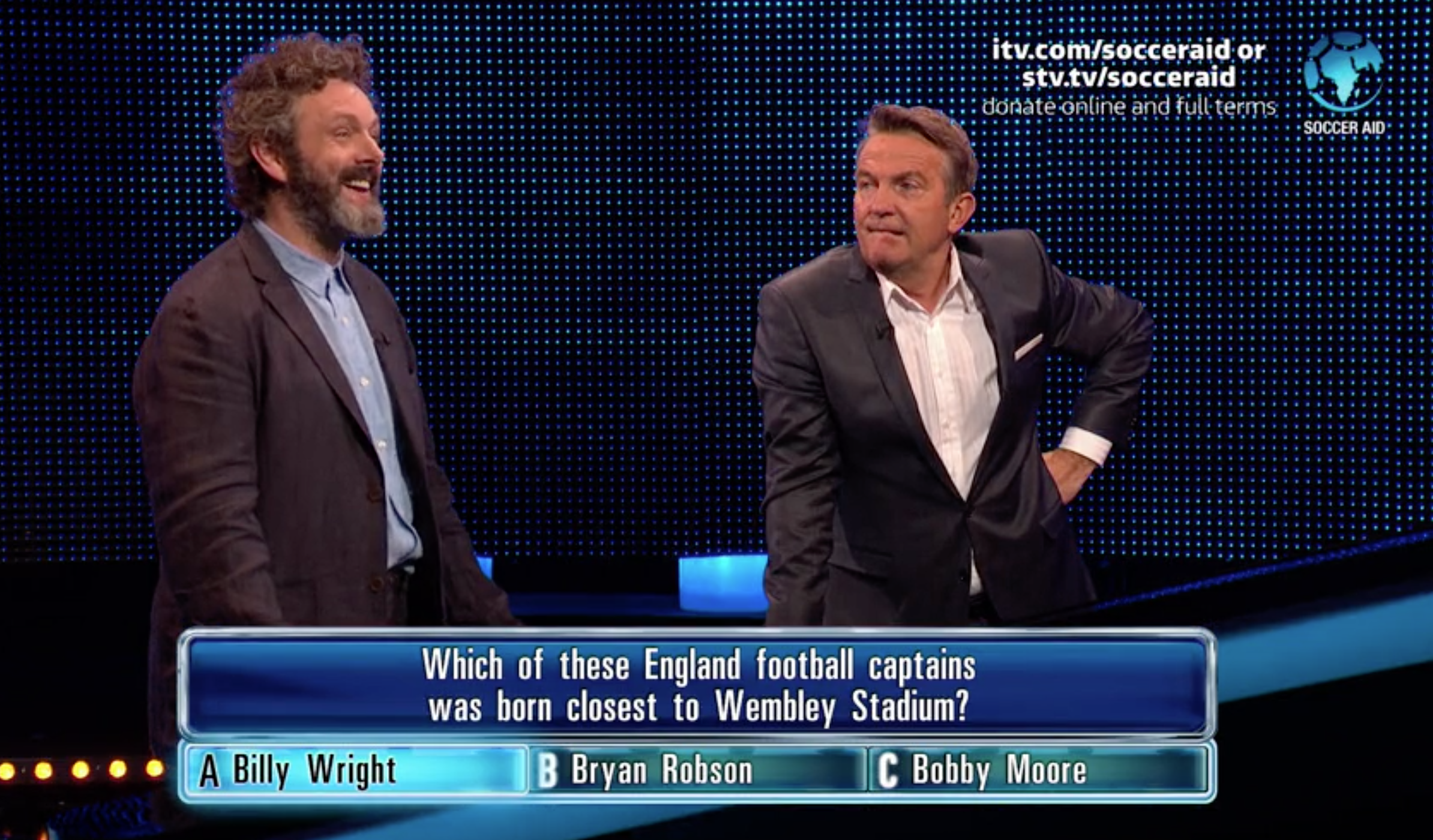 One vented: "What is the [bleeping] point of a charity Chase? You've just taken away thousands of pounds for a good cause."

It had all started so well for the group of celebrities, who amassed a whopping £72,500 as Michael, Sarah-Jane and Martin went through to the final chase.

With the Hollywood actor answering the most questions right, the trio racked up an impressive score of 21.

The Beast didn't have to do them like that on The Chase, it's a charity episode, harsh as f**k.

They even had the chance to push the chaser back during the round.

At one point, it looked as if the famous faces would win the prize pot, as the chaser got stuck on his penultimate question. 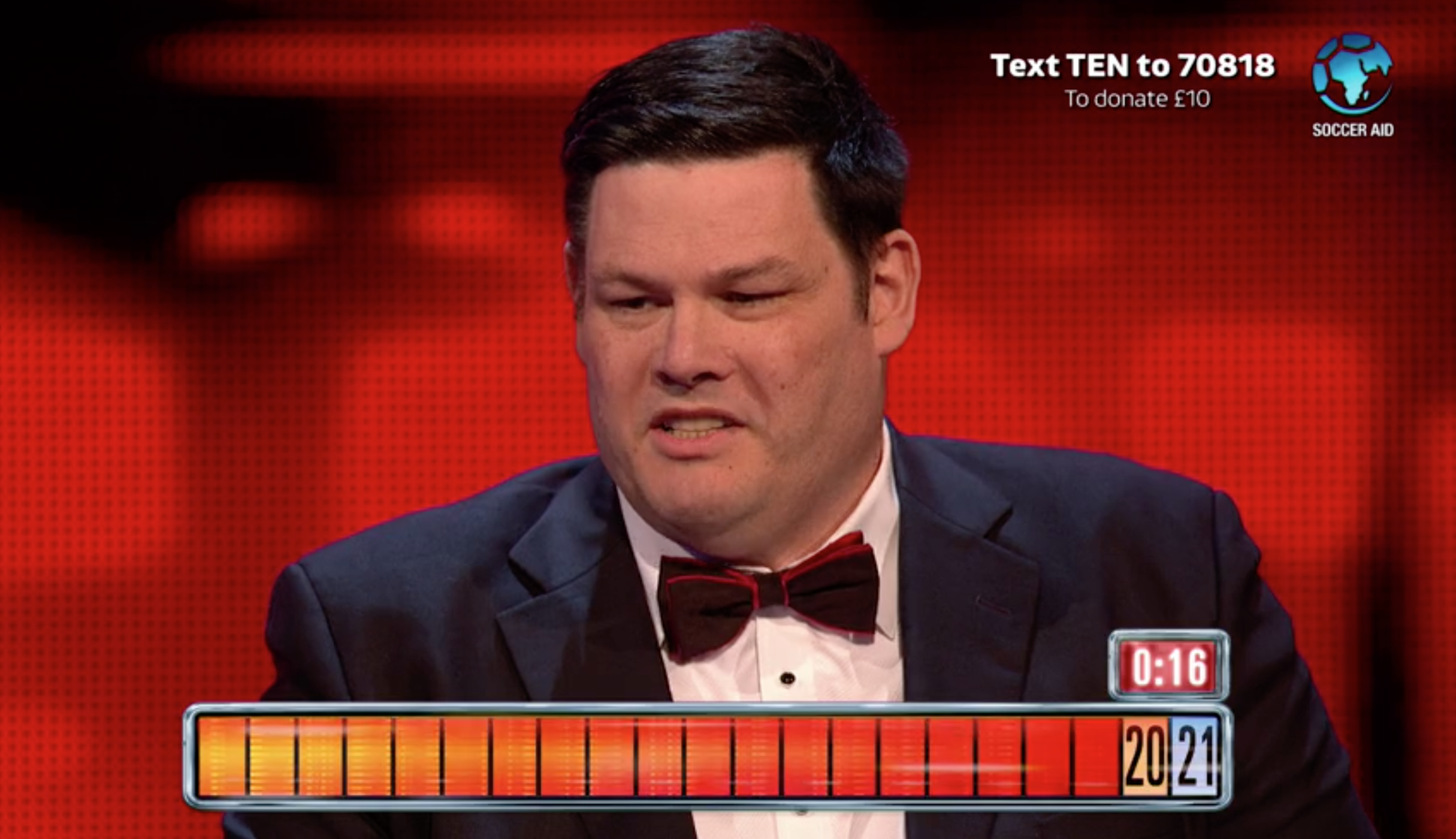 The stars had a last-minute opportunity to push the chaser back (Credit: ITV)

Failing to push back, and with 16 seconds left on the clock, the celebrities seemed to sense it was game over.

As the clock started ticking and The Beast answered correctly, Sarah-Jane held her head in her hands and the chaser quipped: "Sorry guys, it was my day today."

Read more: The Chase's Paul Sinha reveals he has been diagnosed with Parkinson's

Despite the stars being awarded £1,000 each for their chosen charities, viewers took to Twitter to vent.

One branded the show "a fix" and said: "#thechase was definitely a fix today. The Beast's questions were too easy." 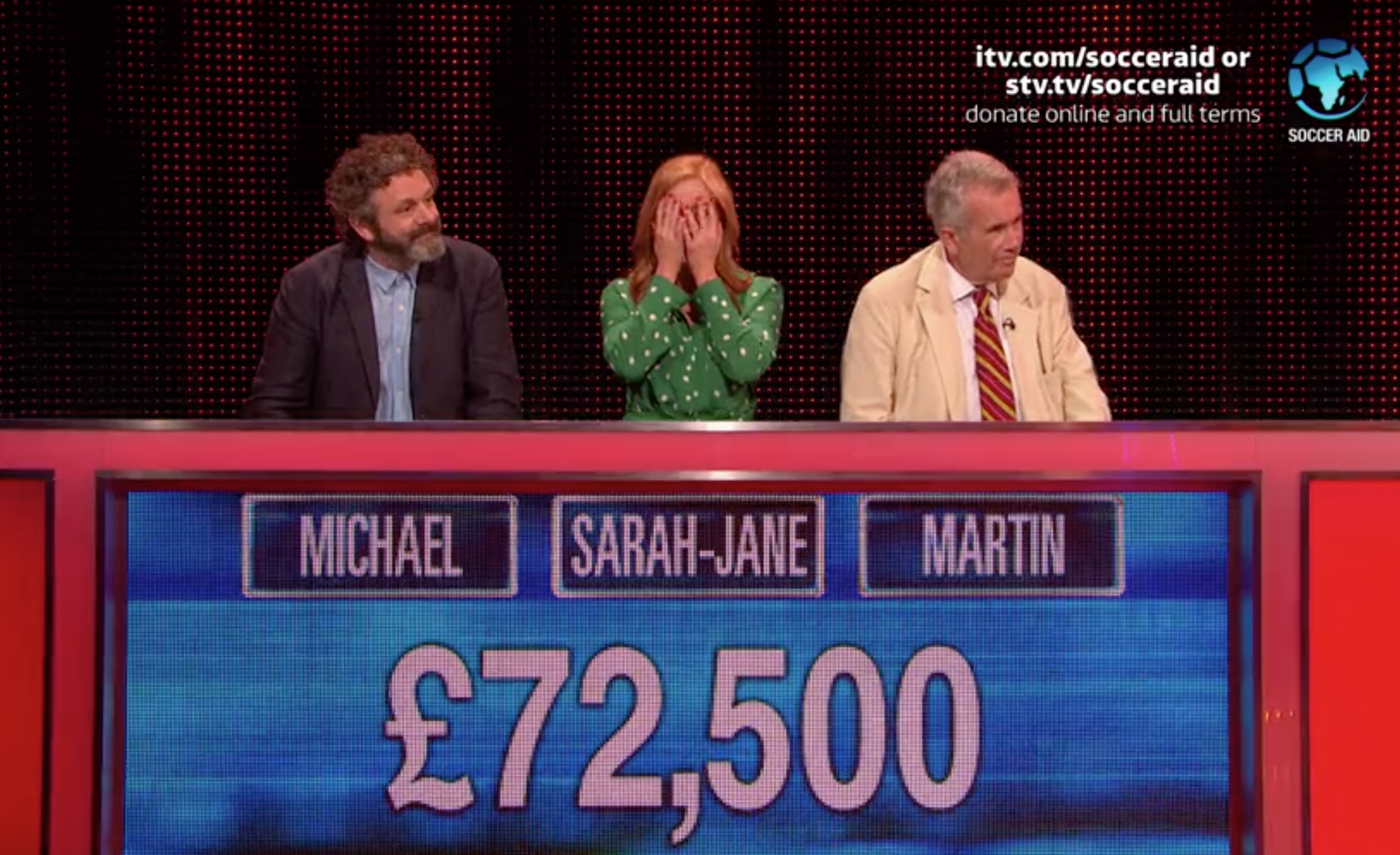 Others said they were "gutted" for the stars and said they had hoped The Beast "would go easy on them" as it's for charity.

Another added: "The Beast didn't have to do them like that on The Chase, it's a charity episode, harsh as [bleep]."

Do you think The Beast should've gone easier on the celebrities as they were playing for charity? Head over to our Facebook page @EntertainmentDailyFix and let us know!