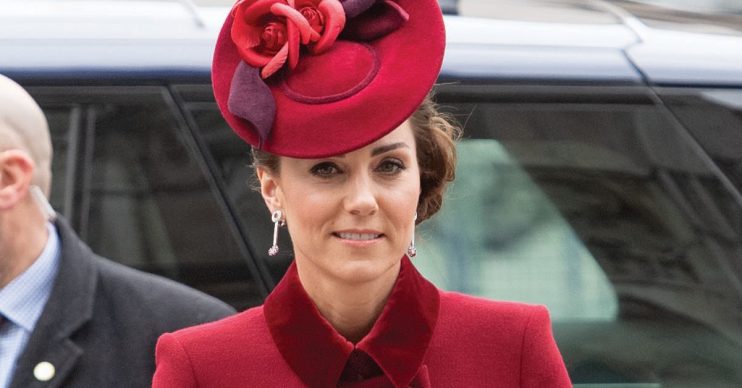 Meghan and Harry will step down on March 31

The Duchess of Cambridge has reportedly taken Prince Harry and Meghan Markle’s exit from the royal family “badly”.

According to a new report, Kate is feeling “very sad” about Megxit as Meghan and Harry get ready to officially step down later this month.

A source told Vanity Fair: “To be honest, I think Kate has taken it all badly.

“She, Harry and William were once such a happy trio – she thinks what has happened is all very sad.”

Earlier this week, Meghan and Harry briefly reunited with the Duke and Duchess of Cambridge at the Commonwealth Day Service at Westminster Abbey.

To be honest, I think Kate has taken it all badly.

This was Meghan and Harry’s final official engagement before they step down from their roles as senior royals on March 31.

They arrived at Westminster Abbey shortly before Prince William and Kate as they greeted the crowds.

In coverage on the BBC, Meghan is seen giving the couple a wave and a ‘hello’ alongside Harry.

But viewers claim William and Kate appeared to sit down without waving or saying hello back.

Sharing a video of the moment to Twitter, one person wrote: “Meghan is too gracious to smile to him they really pretend to not see them like the disrespect but I am happy because it shows what we know about the Cambridges.”

Another said: “Wow Meghan said hi and I don’t think they returned the favour wow.”