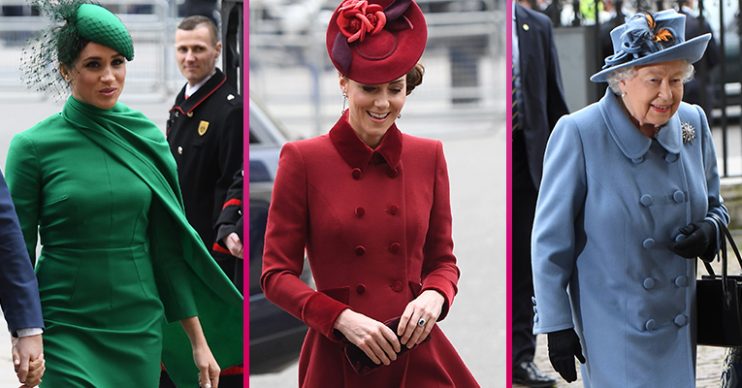 They will step back officially on March 31

The Duke and Duchess of Sussex have attended their final official engagement before they step down from royal life.

The couple attended the Commonwealth Day Service at Westminster Abbey on Monday afternoon alongside the Duke and Duchess of Cambridge, the Prince of Wales, the Duchess of Cornwall and the Queen.

She also wore a dark green Gabriella Hearst bag and a pair of nude heels.

She arrived alongside husband Prince Harry, who wore a blue suit.

Kate’s outfit was completed with a burgundy clutch bag, a burgundy hat and matching heels.

Today marks Harry and Meghan’s final engagement before they step down from their roles as senior royals on March 31.

The concert was to mark the end of the Second World War and the formation of the Commandos.