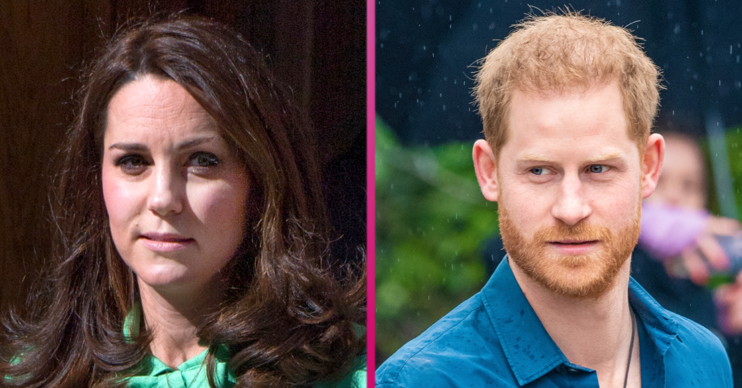 The Duchess of Cambridge, 38, allegedly advised Harry, 35, to take his relationship with the former Suits actress slowly.

These claims are made in the new book Royals at War, written by investigative journalists Dylan Howard and Andy Tillett.

Here they claim that Kate enjoyed meeting Meghan for the first time, but took Harry to one side shortly after.

Then she supposedly reminded him that a romantic relationship, particularly under his unique circumstances, would take time to build.

They write: “She gently reminded him that he was dating someone with a completely different life, past, and career and it would take time, care and attention for them to integrate.”

Indeed, Prince Harry and Meghan did appear to move at a fast rate.

After first meeting in 2016, they were married by 2018. And of course three months after their royal wedding, Meghan’s pregnancy with baby Archie was announced.

The writers go on to claim that after Prince William met Meghan he asked Harry: “Is she the right one?”

This apparently included £6,000 on acupuncture treatments at Meghan’s suggestion.

Elsewhere book alleges that they spent an incredible £33,000 at a health spa hotel for their ‘babymoon’.

The writers claim that Prince Harry became overly protective of Meghan, and felt slighted by his family – even when they had done barely anything wrong.

Read more: Meghan Markle ‘sure’ Prince Harry ‘will love LA’ once lockdown is over

They conclude: “The rifts that eventually opened up in the Royal family after Meghan arrived could have been avoided if Harry was able to empathise and take his brother’s concerns in the spirit they were intended.”

Prince Harry spoke of introducing Meghan to his family during their now infamous BBC engagement interview.

Here he said he was “excited” to introduce his new love to his royal family.

He also said that Kate and William were particularly keen on getting to know her.

Harry said: “What was it like? It was exciting I mean I’ve – you know I’d been seeing her for a period of time when I – literally didn’t tell anybody at all.

“And then William was longing to meet her and so was Catherine.

“So, you know, being our neighbours we managed to get that in a couple of – well quite a few times now and Catherine has been absolutely…”

Things of course are not as rosy now. An obvious rift has formed between William and Harry – and Harry and Meghan stepped down from their royal duties in March.

Now living in America with Archie, it remains unknown when the brothers will reunite.