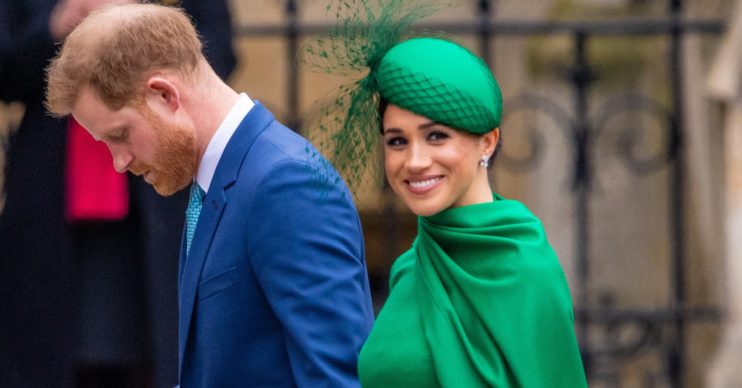 She'll show him everything the city has to offer

The Duchess of Sussex, Meghan Markle, is reportedly planning on showing Prince Harry the best of what Los Angeles has to offer after lockdown.

The former senior royal, 38, is said to be assuring Harry that once the coronavirus pandemic is over, he will love living in the sprawling California metropolis.

The Duchess is reported to be keen to show Harry everything fun about LA, where they moved after stepping down from royal life earlier this year.

That’s according to a source quoted in the upcoming book, Royals At War: The Inside Story of Harry and Meghan’s Shocking Split With the House of Windsor.

The insider claims that Meghan is planning an epic tour for when things “go back to normal”.

The book comes out on Tuesday (June 30). The insider says: “She’s assuring Harry that once things go back to normal, he’ll love their new life in LA.

It follows reports that Duchess Meghan is not ‘ruling out’ a future in politics.

The former Suits actress reportedly feels as though she has a “mission” to end systemic racism still present in the United States – and is keen to make her voice heard.

Being ‘part of the solution’

Speaking to the Daily Mail, a source claimed Meghan has been in contact with community leaders – including TV personality Oprah – about becoming “part of the solution”.

They told the publication: “Meghan said her work as a leader is more important than ever right now. She’s been speaking with Oprah and other community leaders on how she can be part of the solution.

“Meghan feels like her mission goes far beyond acting. She said she wants to use her voice for change and hasn’t ruled out a career in politics.”

Meghan has previously said she feels it would be “wrong” of her not to speak out on racial issues.

She told fans, in an inspiring video shared on social media: “What is happening in our country and in our state and in our hometown of LA has been absolutely devastating. I wasn’t sure what I could say to you. I wanted to say the right thing and I was really nervous that it would get picked apart.”