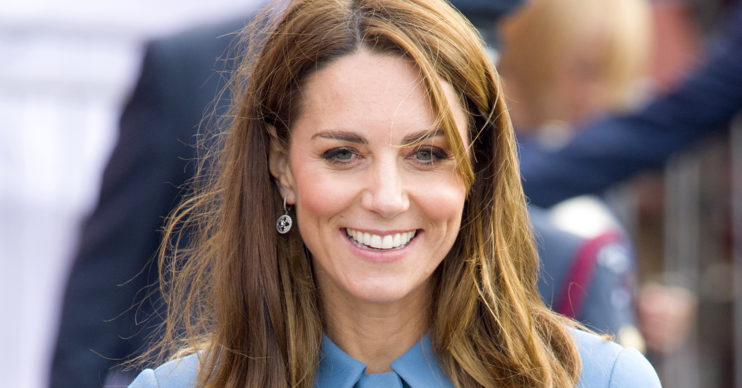 The Duchess helped plant a garden in a children's hospice

The Duchess of Cambridge, Kate Middleton, has given a heartwarming gift to a grieving family.

Kate, 38, visited The Nook, a children’s hospice in Norfolk.

There, the royal mum-of-three helped children plant flowers at the facility’s patio.

We’re excited to share that our Patron, HRH The Duchess of Cambridge, visited The Nook on Thursday, helping create a patio garden along with families and staff. The Duchess also recorded this message for all children’s hospices, as part of #ChildrensHospiceWeek pic.twitter.com/h3368LErYd

She planted one sunflower in memory of Fraser Delf, a nine-year-old boy who had died from a rare condition.

Kate had previously spoken to Fraser’s parents, Carla and Stuart on a video call, to mark Children’s Hospice Week.

During the call, Kate learned that sunflowers were Fraser’s favourite flower.

She promised the grieving parents that she would plant one in his honour.

Carla told The Mirror how touched she was by Kate’s sweet tribute.

She also said that she believes Fraser would have appreciated the gesture.

She explained: “I’m speechless. We are very touched as a family that she has done this and will be going to see Fraser’s sunflower when we can.

“Fraser was always quite girly, and he would have loved to have known a princess was planting a flower for him. He would be very honoured.”

Fraser tragically passed away in January of this year from Coats plus syndrome.

Stuie ran 5km every day during the month of May, with proceeds going to EACH (East Anglia Children Hospices).

“George is a little grumpy”

Kate had sourced the flowers from a local garden centre ahead of her Thursday visit.

During her gardening session, she said that her own children were competing in growing their own sunflowers.

She said: “The children are really enjoying growing their sunflowers, Louis’s is winning so George is a little grumpy about that.”

She donned a floral £180 dress and £135 shoes for the special occasion.

Despite her pricey outfit, Kate wasn’t afraid to “muck in”.

Pictures showed her kneeling and hauling plants in the garden.

She even dropped soil on her dress at one point and joked that she had made a “big mess”.

Kate is a patron for EACH and the decorated patio is outside the hospice’s dining facility.

Now patients and their families will be able to see flowers, fruit trees and various plants as part of their dining view.