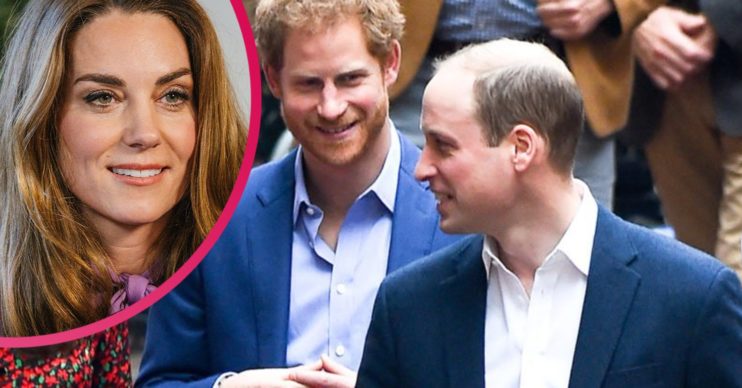 In Kate Middleton news, the Duchess is reportedly attempting to “mediate” bringing Prince Harry and Prince William back together.

The Duchess’ uncle, Gary Goldsmith, says that his niece is a natural peacemaker.

He believes she won’t rest until the now-fractured royal family is united again.

In an interview with Closer Magazine, Gary voiced his support for Kate’s on-going attempts.

Kate Middleton: What did her uncle say about Prince William and Harry?

However, he also hit out at Prince Harry’s recent behaviour in the public eye after the Duke did a string of interviews about his family.

As a result, Gary insisted that the Duke of Sussex needs to “get a grip”.

However, he also warned Harry there could soon be “no relationship to rebuild”.

“If you want an easy life, work it out privately and have a conversation respectfully. Don’t air it in public, it’s really hurtful,” said Gary.

“If Harry doesn’t stop this self-indulgent episode, there will be no common ground or relationship to rebuild.

“Kate is a brilliant peacemaker”

“However, if anyone can bring peace to the royals it’s Kate. She is a brilliant peacemaker. Every bone in her body is about making friends and doing her best. She’s trying to mediate.”

The tell-all chat – which aired in March – left the world stunned and threatened to cause an unrepeatable rift.

Surprisingly, it was none other than Lady Colin Campbell who began the petition.

The petition says that Prince Harry losing his titles would “thereby free him from the diplomatic, political and constitutional constraints that are an inevitable part of royal rank”.

It adds: “It would free him from the constitutional conflicts which his beliefs are creating. And with all their implications at home and abroad.”