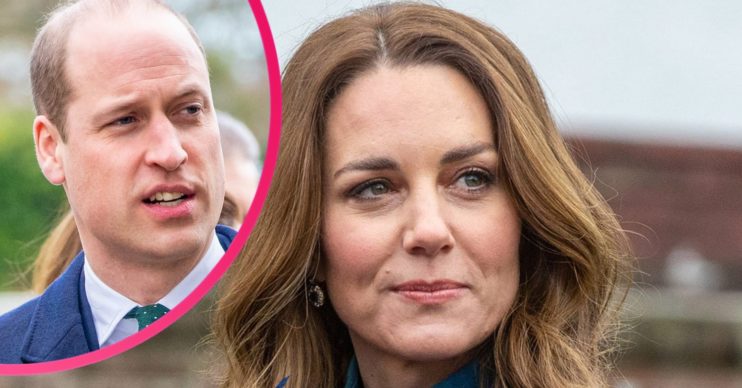 In Kate Middleton news, the Duchess was once reportedly concerned Prince William might dump her.

The couple have been married for almost a decade, but it turns out things weren’t always quite so certain for the pair.

He wrote in his Battle of Brothers book: “Kate’s medium-to-long-term objective was quite simple, to lead William in handcuffs to the altar. For the time being, she had to devise her own independent career path as camouflage.”

Back in 2007, Kate was working as an accessories buyer for British fashion brand Jigsaw.

Mr Lacey added: “In neither respect would it help Ms Middleton to appear the slightest bit needy. Of course there was the unthinkable possibility that she might end up getting dumped!”

In 2007, William is believed to have “dumped Kate over the phone” while she was working.

The author wrote: “Kate excused herself from a meeting at Jigsaw, the fashion store with which she’d recently started working, to take a call from William in a room out of earshot of the other buyers.

“She shut the door for more than an hour. When she came out, she was single.”

Thankfully for Kate, the split only lasted a few months.

She said previously: “At the time, I wasn’t very happy about it but actually it made me a stronger person.

“I think you can get quite consumed by a relationship when you are younger and I really valued that time for me as well although I didn’t think it at the time. Looking back on it.”

To mark Kate and Wills’ 10-year anniversary, the BBC is to air a special documentary celebrating the milestone.

The documentary will air on Friday (April 30) on BBC One. It will take a look back at their wedding day in 2011.