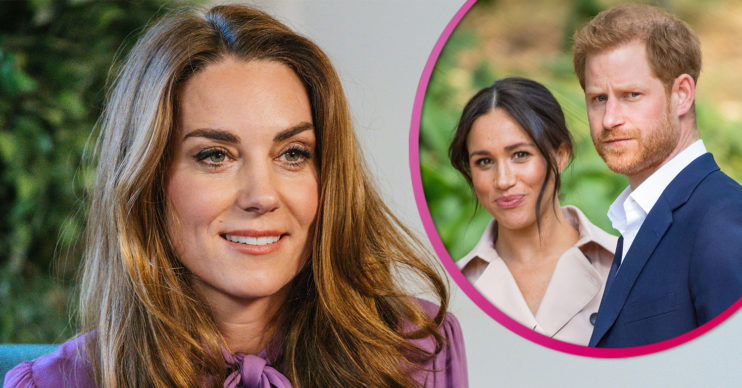 He said Kate is the royal family's "biggest asset"

Gary Goldsmith, Kate’s mum Carole’s younger brother, admitted feeling “livid” after watching the couple’s Oprah interview, in which Meghan claimed Kate made her cry in a dispute over bridesmaid dresses.

He also said his niece is the royal family’s “biggest asset” and the “best thing that could have happened” to them.

Speaking to the Daily Mail, Gary said: “There is no way the Kate I know would do that. I just don’t believe a word of it.

“The whole interview beggared belief. She didn’t know the words to the national anthem? Please! Harry has been singing it since he was five.

Meanwhile, during the chat, Gary praised Kate and said she hasn’t “put a foot wrong” since joining the royal family.

He said she’s “taken to that job like a duck to water” and “emerged as the best thing that could have happened to the Royal Family”.

The Palace refused her help when her mental health was suffering? I don’t buy it.

He added the Duchess is their “biggest asset”.

This isn’t the first time Gary has spoken out about Meghan and Harry following their Oprah interview.

During her chat with Oprah Winfrey, Meghan alleged that Kate had made her cry in the lead-up to her wedding.

Back in 2018, months after the wedding, reports had claimed that Meghan made Kate cry in a disagreement about bridesmaid dresses.

However, Meghan told Oprah that the “reverse happened”.

Gary told the Mail on Sunday: “I don’t believe for a moment that Kate made Meghan cry. I’ve known Kate since she was born and she doesn’t have a mean bone in her body. It’s just simply not in her nature.

“She’s even lovelier on the inside than on the outside. If anyone had a hissy fit, it must have been Meghan.

Read more: Prince Harry and Meghan Markle ‘trying to give Archie all the attention’ before second baby’s arrival

“Kate would have been trying to make the peace. I would fight for Kate’s honour until the day I die. She is the most spectacular person I’ve ever met.”