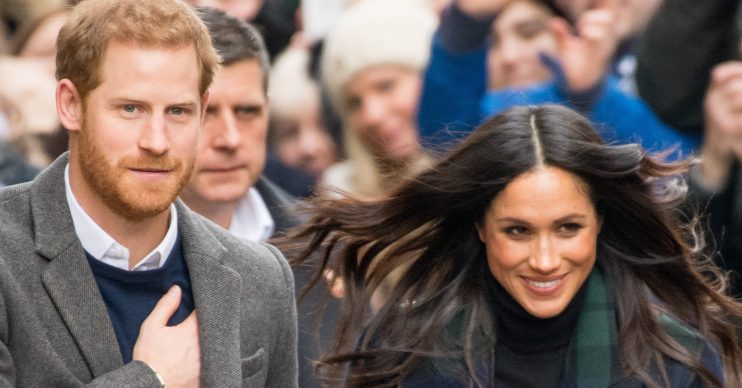 Harry and Meghan donate over £90,000 to hunger charity amid coronavirus crisis

The couple are "delighted" to be able to donate

Prince Harry and Meghan Markle have donated to a hungry charity amid the coronavirus crisis.

The royal couple have arranged for money generated from their wedding broadcast to go towards feeding hungry children.

Meghan and Harry have reportedly pledged over £90,000 to Feeding Britain, which provide families in need with hot meals and food packages.

The charity’s director Andrew Forsey said the couple’s donation is a “godsend”.

Meghan and Harry told the Archbishop of Canterbury, who officiated their wedding in 2018, they wanted to donate during a phone call.

The Archbishop is also the President of Feeding Britain.

A spokesperson for Harry and Meghan said they’re “delighted” to see the money go to “such a great cause”.

It was previously confirmed any excess profits from the BBC broadcast of Meghan and Harry’s wedding would go to a charity chosen by them.

It’s been said the couple thought it was fitting that funds go to a charity supported by the Archbishop.

Feeding Britain works across 12 areas in the UK.

The Duke and Duchess were able to speak to the Archbishop recently.

Amid the pandemic, the charity is providing hot meals and packages via home delivery and collection points.

Meanwhile, a spokesperson for the couple said: “The Duke and Duchess were able to speak to the Archbishop recently.

“They were moved to hear all about the work Feeding Britain was doing to support people during COVID-19.

“They have particularly fond memories of their visit to the citizens’ supermarket in Birkenhead.

“Especially the generosity and compassion of everyone working there to help others.”

They said: “They are delighted to be able to ensure this money is donated to such a great cause.”