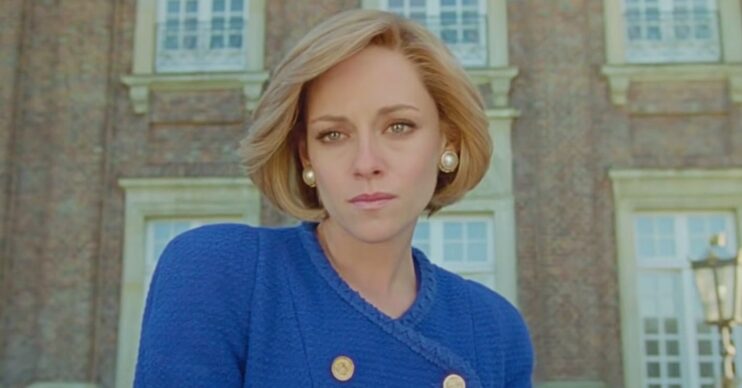 Spencer stars Kristen Stewart as the late Princess, and it has already come under fire for its “gratuitous” portrayal of one of the most difficult periods in her life.

Diana: What is the film all about?

The film opened last night and focuses on the Princess during one Christmas at Sandringham in 1992.

There she finds out the real truth about her husband, Prince Charles, and his affair with Camilla Parker-Bowles.

Throughout the film, Diana is shown descending into a world of paranoia and pain.

She fantasises about throwing herself down the stairs, choking on a pearl necklace given to her by Charles and is also shown vomiting at the height of her battle with an eating disorder.

Diana is also seen breaking down in front of her young son, William.

What did the royal experts say about the Diana film?

Now the film is out there, royal commentators have given their opinions on the drama.

Ingrid Seward told The Sun: “It is really cruel to portray her like this. It is totally unnecessary.

“William and Harry will be very angry and hurt about this. They will find it horrible that their mother is being portrayed in such a huge movie this way.”

William and Harry will be very angry and hurt about this

“And let’s leave Diana with a shred of respect and dignity.

“I know William was there when she was unhappy but it sounds to me the movie is factually incorrect.”

While the content of the film has offended many, fans loved Kristen’s transformation.

The film’s trailer was first released back in August.

One said: “She doesn’t look like her but she transformed into Dianna when she delivered that.

“Nothing better than seeing an underdog succeed.”

Another added: “I was [sceptical] but man, just her delivery of ‘They don’t’ was perfect.”