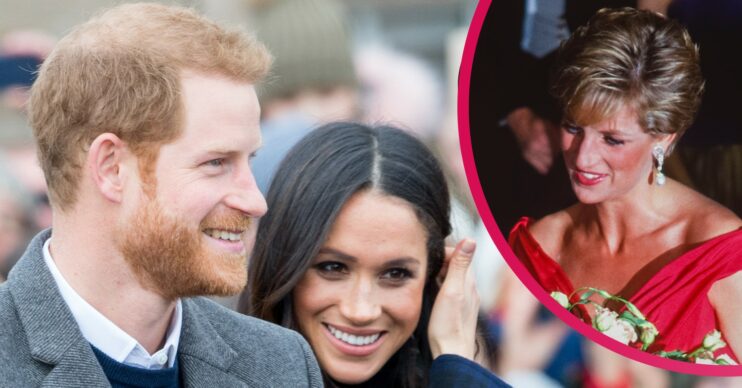 "All roads lead back to Diana"

The Princess of Wales‘ biographer believes “all roads lead back to Diana” for the Sussexes.

He has also indicated that “every camera click and whirr” looms over them, reminding the pair of their “terrible fate”.

Writing for the Mail on Sunday, Mr Morton suggested the late Princess is still a big influence in the lives of her youngest son and his wife.

Not only has Diana’s passion for causes influenced Harry’s own life mission, but Meghan’s too.

Mr Morton also notes how the manner of Diana’s passing has also affected how Harry relates to his family and the public.

He claims: “Today for Harry, and increasingly for his wife, all roads lead back to Diana.”

Expanding upon his claim regarding Meghan, Mr Morton quotes behaviour claimed by childhood friends of hers.

He claims Meghan was a fan of watching footage of Diana’s 1981 wedding to Prince Charles with friend Suzy Ardakani.

The two girls were supposedly inspired by Diana’s charity efforts to collect clothes and toys for those less privileged than them.

Not a day went by without a reference, a memory or a decision that related in some way to Harry’s late mother.

Meghan even received a copy of Diana’s biography as a present, apparently having it on her bookshelf for many years.

Furthermore, Meghan is portrayed as being in tears as she watched Diana’s funeral when she was 16.

Diana is with the couple day-to-day, of a fashion, after they honoured her memory by naming their daughter Lilibet Diana.

For Mr Morton, this is evidence of how Harry’s mother will be an eternal part of the Sussexes’ family dynamic.

He wrote: “As the Sussexes embarked on their own journey together through Royal life, not a day went by without a reference, a memory or a decision that related in some way to Harry’s late mother. Diana was the third wheel in their marriage.”