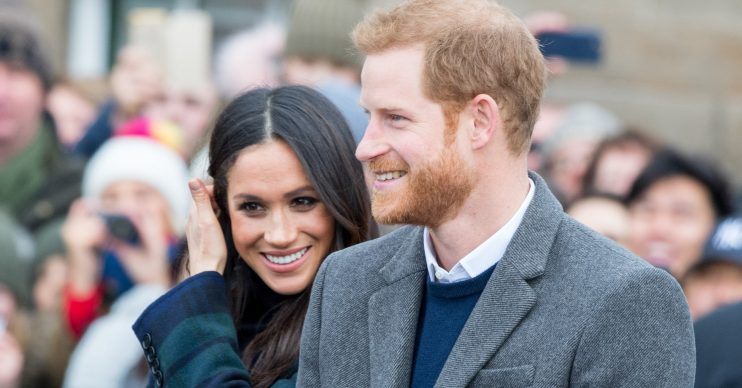 The couple have been enjoying the quiet life in Canada

Buckingham Palace has released new details on Meghan Markle and Prince Harry‘s decision to step back from royal life.

Last month, the couple announced they want to step back from their roles as senior royals to become “financially independent” while still “fully supporting” the Queen.

Now it’s been revealed these changes will come into effect on March 31 and there will be a review after 12 months.

The couple’s office at Buckingham Palace will also not be available any more after April 1.

Meghan and Harry recently stepped back from royal life and have been spending time in Canada with their son Archie.

It was recently reported that the former actress is enjoying a quieter life spent doing yoga and cooking food for Archie.

According to the Mail Online, a source said: “Meghan has no regrets and the sky’s the limit. She said [she and Harry] feel like a huge weight has been lifted.

“They’ve been spending quality time together as a family. Meghan has been cooking and making homemade baby food for Archie.”

Last month, the couple said in a statement that they will be splitting their time between the United Kingdom and Meghan’s native America, and the pair hope to still be able to raise their son to “appreciate royal tradition”.

They’ve been spending quality time together as a family.

The Queen later released a statement saying she and the family were “entirely supportive of Harry and Meghan’s desire to create a new life as a young family”.

The statement added: “Although we would have preferred them to remain full-time working Members of the Royal Family, we respect and understand their wish to live a more independent life as a family while remaining a valued part of my family.

“Harry and Meghan have made clear that they do not want to be reliant on public funds in their new lives.”

It was also later revealed that the couple would no longer use their HRH titles, the Duke  and Duchess of Sussex.

Meanwhile, recently, it’s been reported that the Queen has ‘banned’ Meghan and Harry from using their ‘Sussex Royal’ moniker.

A source told the Daily Mail: “In many ways, this is inevitable given their decision to step down, but it must surely come as a blow to the couple as they have invested everything into the Sussex Royal brand.

“The Queen would have had little choice, however. The Sussexes’ original plan – of being half-in, half-out working royals – was never going to work.

“If they aren’t carrying out official duties and are now seeking other commercial opportunities, they simply cannot be allowed to market themselves as royals.”