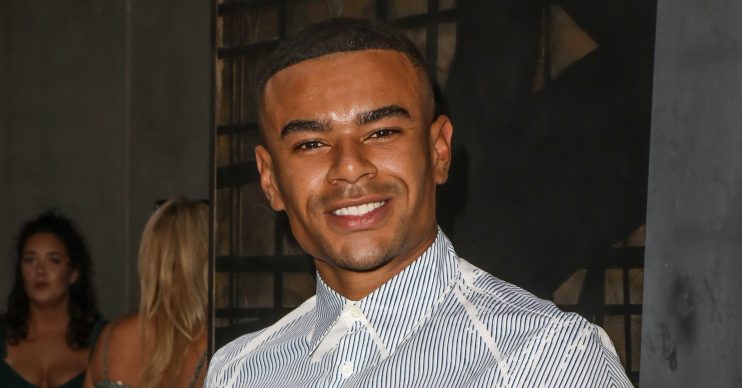 There's been a recoupling!

After his high-profile split from Megan Barton-Hanson at the start of the year, it seems Love Island star Wes Nelson has officially recoupled.

And it seems like she’s just his type on paper.

Rumours were rife that things were hotting up between Wes and Arabella Chi, who appeared on this year’s show.

Now it seems they’ve made things official, with the pair enjoying a date night and reportedly spending the night together.

Spotted early on Friday morning, Wes and Arabella were seen holding hands as they took a trip to the local supermarket.

Read more: Singer Cheryl is body-shamed by fans who say she’s “too thin”

The pair looked loved-up and happy as they picked up food and drink from a local Tesco store.

Ent Daily has contacted reps for Wes and Arabella for comment.

It comes after they enjoyed a low-key trip to the cinema to see The Lion King the previous night.

Afterwards they headed out to party, reportedly hitting the clubs till 2.30am.

Model Arabella – who was briefly coupled up with Danny Williams before being dumped from the Love Island villa – and Wes met through their shared management team.

A source told The Sun: “Wes and Arabella are each other’s types and they have great chemistry.”

They added: “It’s really early days but there’s undoubtedly a natural connection between them.”

The news of Wes hooking up with Arabella will no doubt come as a blow to his ex-girlfriend Megan.

Megan said: “I thought we had this future, like he spoke to me about kids and marriage and it came on the radio that he was sexting another Love Island contestant.”

“He said they weren’t sexting they were talking about cuddling but I just feel completely stupid and betrayed,” she added.

Wes is currently helping TOWIE star James “Arg” Argent shape up for a Stand Up To Cancer swimming challenge.