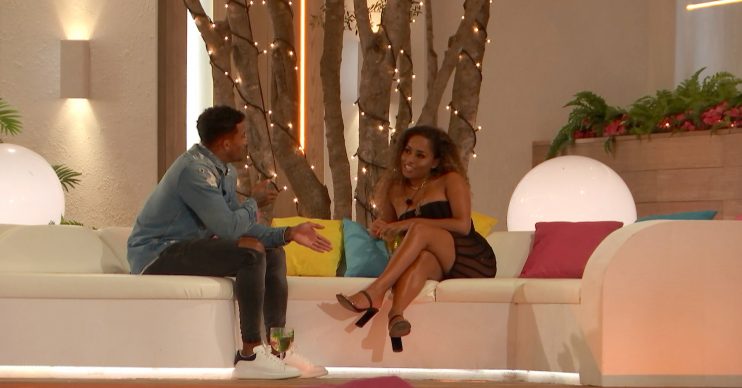 They get closer again...

Michael Griffiths has finally confessed he still has feelings for ex Amber Gill and on tonight’s Love Island he will prove it.

After sharing his predicament with his fellow Islanders, Michael decides it is time to share his thoughts with Amber.

It comes after Amber told the firefighter she still likes him, despite him dumping her for Joanna Chimonides. Joanna was voted off the show last week and since she’s been gone Michael has questioned his true feelings.

Tonight, Michael takes Amber to one side and tells her the truth.

He says: “The situation that I am in now has given me time to clarify a few things in my head.

“It’s given me time to think and realise ‘I do like Amber’. I can only apologise about how I was over the last few weeks. I’m just letting you know that I do still like you.”

Amber is visibly shocked by Michael’s admission. She tells him: “I don’t get it. If you liked me the whole time, why would you do that?”

She then questions Michael’s motives. She asks: “Would you still have done this if she [Joanna] was still here?”

Michael insists: “Yes. I would have to have this conversation. I knew that I still liked you. I just kept denying it to myself.”

Amber is left confused as she also now has new boy Greg trying to win her over.

She reflects on her conversation with Michael in the Beach Hut and says: “I actually cannot believe what is happening! I cannot believe Michael, of all people, pushed his pride to the side and said how he really felt.”

With Greg trying to win her affection and Michael finally owning up to his true feelings, Amber has a big decision to make.

But is Michael too late to win her back?

Tune in to tonight’s Love Island at 9pm on ITV2 to find out.

What do you think Amber should do? Leave us a comment on our Facebook page @EntertainmentDailyFix and let us know!