Ovie Soko has been one of the most popular members of the Love Island villa in this year's series thanks to his cheeky antics, comedy singing and dancing, as well as some moments of touching emotion.

So much so, viewers have set up a petition to persuade TV bosses that the 28-year-old basketball hunk should be the first singleton to win the series' £50,000 prize. 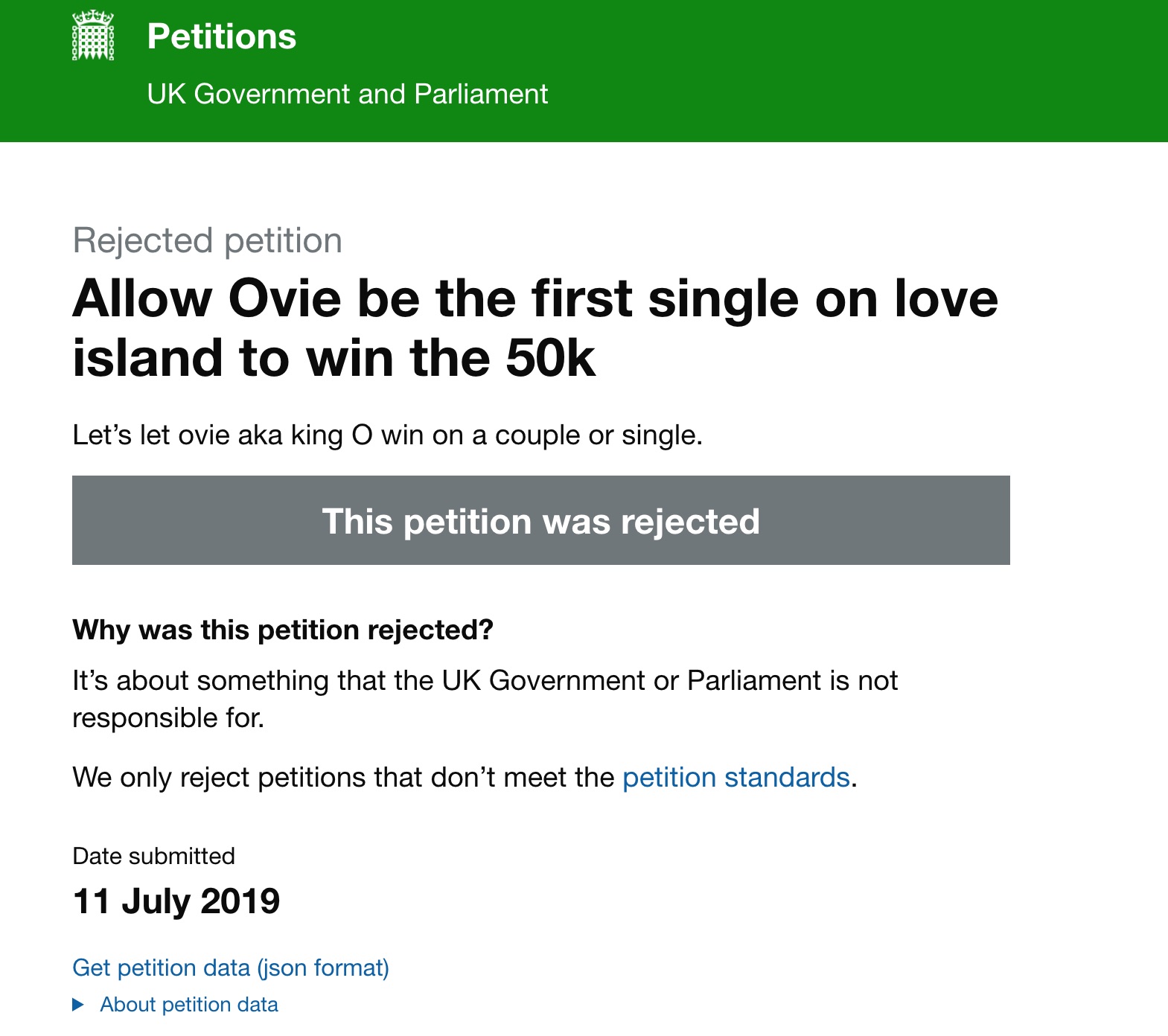 The petition appeared on the UK Government and Parliament website and was created on July 11.

With a headline of "Allow Ovie be the first single on love island to win the 50k", the creators followed it up with a rallying call to Ovie's fans.

"Let’s let ovie aka king O win on a couple or single," it said. 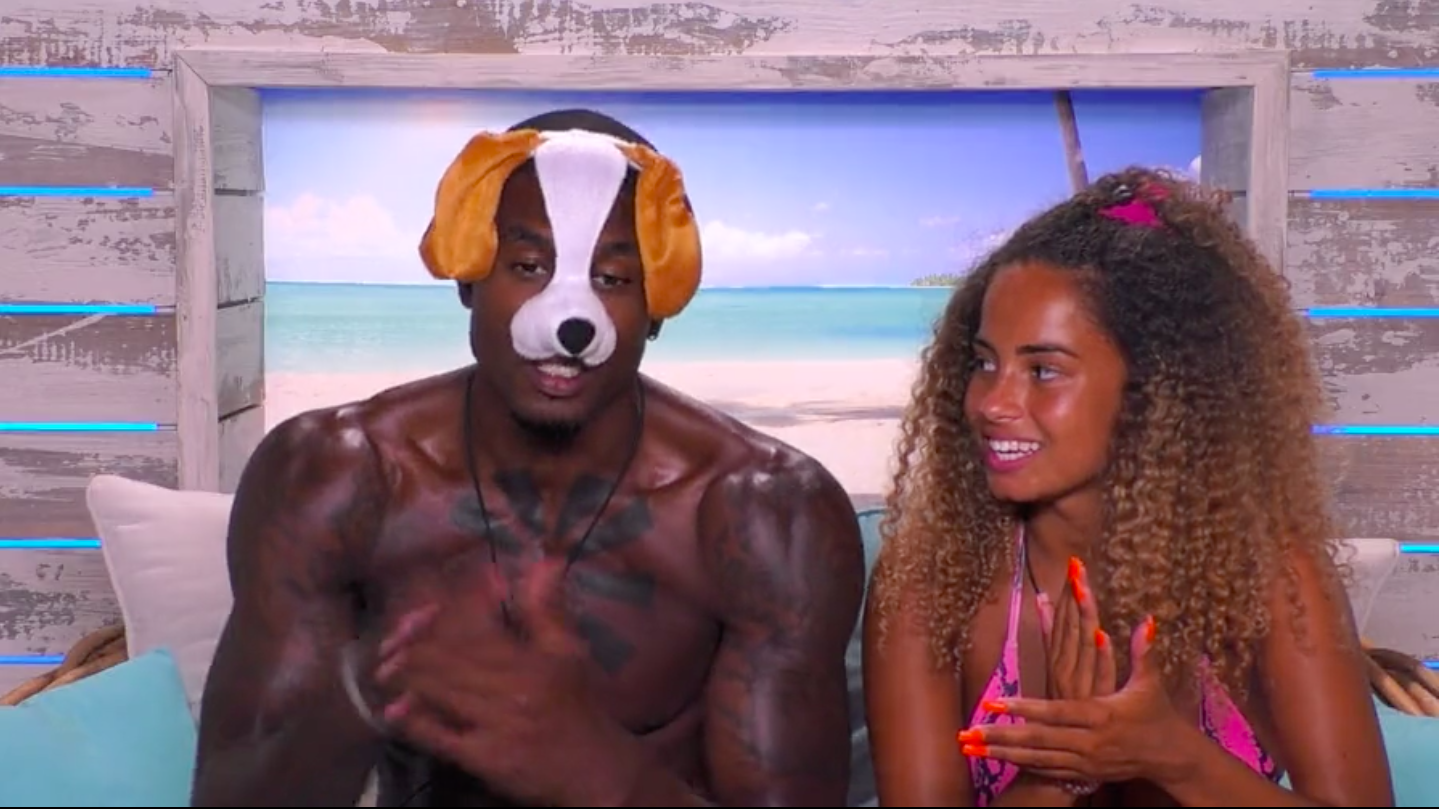 I vote Ovie to be next PM. Just saying.

Government petitions need 10,000 signatures to get a response.

For one to be considered for debate in parliament, a petition needs 100,000 signatures.

Unfortunately for Ovie, a box saying, "This petition was rejected" appears under the headline.

"We only reject petitions that don't meet the petition standards," it went onto say. 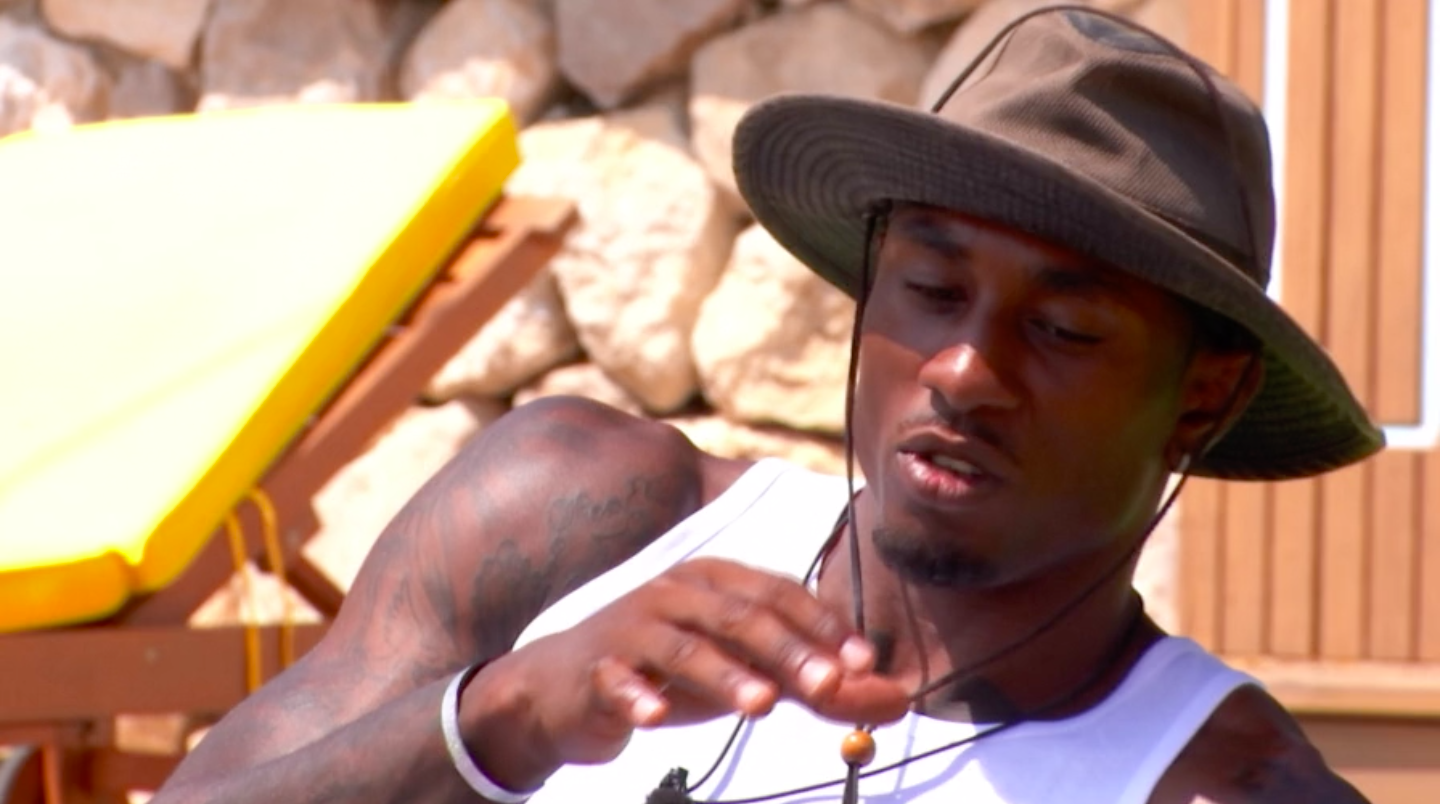 Petition or no petition, Ovie has been insanely popular in this series.

Ovie: does literally anything

Whole of the UK:

I vote Ovie to be next PM. Just saying. #LoveIsland pic.twitter.com/ba5a14m4Yd

Ovie being so supportive and thanking Greg for making Amber happy, a king we have to stan #LoveIsland pic.twitter.com/6wRXpxUGjv

One fan even had a cunning plan for Ovie to win the main prize and not be single.

I really want Amber & Ovie to remain a friendship couple & win the show!